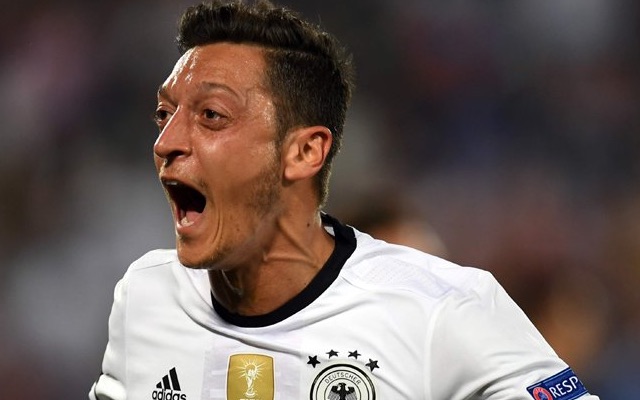 Paris Saint-Germain star Julian Draxler has revealed that he would love to see Arsenal playmaker Mesut Ozil join him in the French capital.

The 23-year-old has enjoyed a successful start to his spell in France, scoring four goals in six appearances since his move from Wolfsburg last month.

Having proven to be an instant hit, he has urged his fellow German to join him in Paris along with more of his compatriots given the small number of them being attracted to Ligue 1.

“There is one fellow Germany international I would like to see here: Mesut Ozil,” Draxler told beIN Sports France.

The comment probably won’t go down too well at the Emirates, particularly considering that Ozil’s current contract is set to expire at the end of next season.

However, the 28-year-old has fallen way short of his usual high standards this season, and has been heavily criticised by supporters for going missing in big games.

That was never more evident on Saturday in the 3-1 defeat at Chelsea, with the playmaker doing little to shed that tag as he struggled again to have an influence.

With nine goals and eight assists in 27 games in all competitions so far this season, Ozil’s quality and class is obvious. However, he doesn’t have the consistency to instil belief that he can drag Arsenal to the Premier League title, and that has cost them as they are now seemingly out of the race entirely.

Given that his contract situation has yet to be resolved, speculation linking him with an exit is likely to intensify. As all concerned await news on Arsene Wenger’s future with his deal set to expire this summer, Ozil could find himself considering his options before too long.