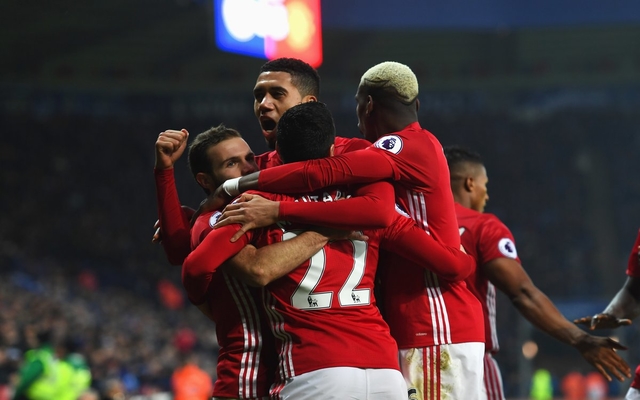 Manchester United secured a 3-0 win over Leicester City at the King Power Stadium on Sunday, as they moved to within two points of the top four in the Premier League.

Goals from Henrikh Mkhitaryan, Zlatan Ibrahimovic and Juan Mata did the damage for the visitors, as they put the disappointment of that midweek draw with Hull City firmly behind them.

With Arsenal and Liverpool losing this weekend, it was the perfect result or Jose Mourinho and his squad, although in complete contrast, the nightmare continues for the Foxes.

Claudio Ranieri’s side are now firmly involved in a relegation dogfight, less than a year after winning the Premier League and still as defending champions.

Their defensive vulnerabilities were exploited while they were unable to find a way through the United backline as they now assess another defeat.

As for United though, they now enter a busy stretch of their schedule looking to keep up the pressure and although silverware will be on offer this month, they know the importance of finishing in the top four and qualifying for the Champions League.