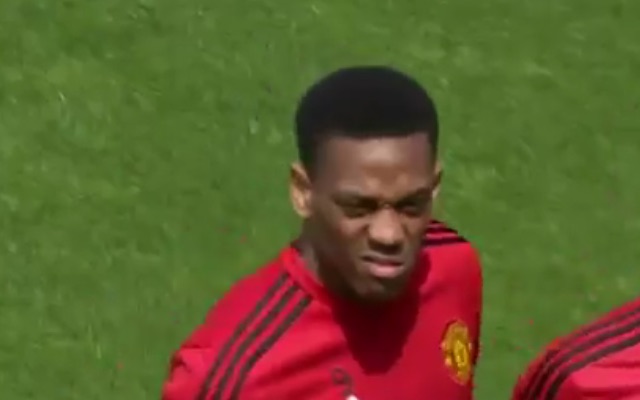 Manchester United boss Jose Mourinho opted to leave Anthony Martial out of his starting line-up for their clash with Leicester City on Sunday.

Coupled with the fact that Marcus Rashford didn’t have the best of games against Hull City in midweek, many supporters have been left scratching their heads over the decision as the Frenchman continues to be snubbed by his manager.

Martial has barely started games this season, making 22 appearances in all competitions and scoring six goals while providing five assists.

Given his impact last season, he’s still a popular figure amongst United supporters and that was evident when they reacted to the decision to leave him out again to face the Foxes.

Luke Shaw is also missing from the squad for the trip to the King Power Stadium, while Wayne Rooney is missing due to illness and after the frustration of being held by Hull, it was expected that Mourinho may decide to change a few things.

With such a big chance to close the gap on the top four in the Premier League, some United fans were left baffled on Twitter as to why Martial wasn’t starting the game, when in their opinion, he could have had a major impact on proceedings in place of the struggling Rashford.

Further, Juan Mata came under fire during the first half as the pleas for Martial to be brought on continued…

how the fuck has Rashford kept his place after being so poor against Hull but martial gets dropped immediately.

If Shaw and/or Martial are sold, I'm supporting Guangzhou Evergrande

@ManUtd no martial and carrick, another draw confirmed

@ManUtd where the fuck is Martial ffs

Mourinho: Martial can't prove me wrong if he never gets any minutes pic.twitter.com/1DiHy6SHTh