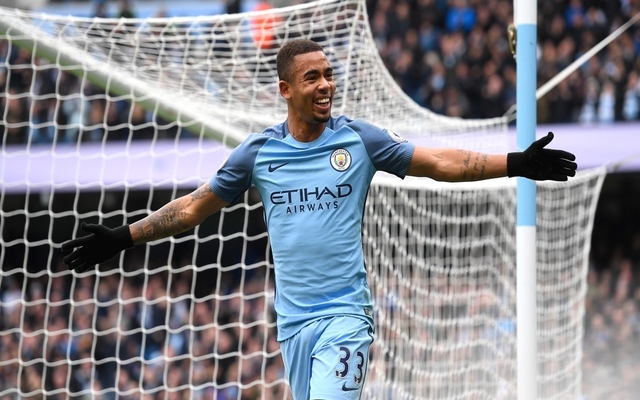 Manchester City left it late on Sunday as Gabriel Jesus struck in injury time to seal a 2-1 win and all three points for his side against Swansea City.

Gylfi Sigurdsson thought he had snatched a point for the visitors as he found an equaliser with less than 10 minutes remaining at the Etihad.

The Icelandic international took his goal brilliantly as he rifled his effort past Willy Caballero, and he has now scored three goals and provided two assists in his last five outings.

UNBELIEVEABLE! Sigurdsson scores to level up for the #Swans vs Man City! Great work from Narsingh too! pic.twitter.com/OCGIAUbUg4

While Paul Clement would have been delighted with the response from his team in the second half and having seemingly sealed a share of the spoils, it was Jesus who struck again late on to secure the win for his side.

The Brazilian teenager was part of the City line-up that produced a stunning display away at West Ham United in midweek, but it was proving to be a little tougher this time round against the Swans who are battling to get out of a relegation scrap.

Nevertheless, the result was the same as Pep Guardiola’s new star bagged his third in two games and has undoubtedly made his case to keep his spot in the line-up moving forward with Sergio Aguero once again starting on the bench.

Just look at Naughton there. Even a junior player would have marked Jesus better there. Terrible. pic.twitter.com/jidtxLFGYA