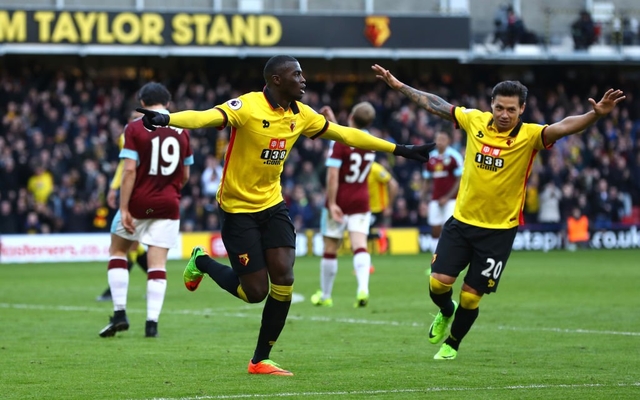 Watford are reportedly already keen to secure the permanent signing of M’Baye Niang, who is on loan from AC Milan but has an option to buy included in the deal.

The 22-year-old made an immediate impact for the Hornets, scoring and providing an assist in their 2-1 win over Burnley on Saturday.

Such is the rapport between the winger and manager Walter Mazzarri, The Daily Mail report that the Premier League outfit are keen to sign him on a permanent basis with a £13.5m option to buy included in his loan deal after seeing him in action in just one game.

Niang endured a frustrating time at Milan this season, as he managed just three goals and three assists in over 20 appearances in all competitions and struggled to hold down a starting spot in Vincenzo Montella’s line-up.

From the Rossoneri’s perspective, Niang was given plenty of opportunities but it simply wasn’t clicking into place, and so it appears as though the new surroundings and fresh start at Watford has done him good.

Whether or not he can maintain his impressive start to life at Vicarage Road though remains to be seen, as he has been criticised by Milan supporters for lacking consistency.

Nevertheless, as per the report, it sounds as though Mazzarri is relishing the chance to work with him and continue to get the best out of him in order to help Watford move up the Premier League table.

Much depends on how Niang performs between now and the end of the season and how many goals he can score to prove his worth to Watford, but it sounds as though a return to Milan is unlikely already.