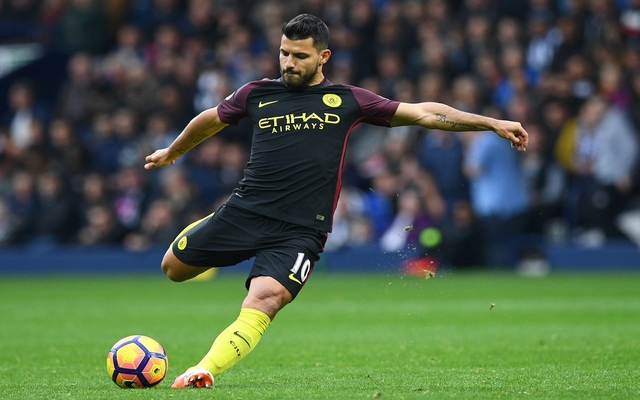 Manchester City forward Sergio Aguero’s future at the club has been brought into question this week, and it’s reported that Inter are ready to swoop for him.

The 28-year-old has found himself on the bench for the last two games, as Pep Guardiola has gone with new recruit Gabriel Jesus.

In turn, the Brazilian has grabbed the opportunity with both hands and has scored three goals in two games, including a brace and late winner against Swansea City at the weekend.

Combined with the likes of Leroy Sane, Raheem Sterling and Kevin De Bruyne, City have a devastatingly quick, dynamic and young attacking force, and it remains to be seen whether or not Aguero still fits into that plan regardless of the fact that he is still a world-class operator.

Nevertheless, according to Corriere dello Sport, the Argentine international is considering a new challenge and wants to join a club capable of helping him win the Champions League.

It’s debatable as to whether the Nerazzurri should be his first choice on that front, but with the backing of their wealthy owners the Suning Group, they could meet his demands of £200,000-a-week.

Further, the report adds that vice-president Javier Zanetti would love to be reunited with his compatriot in Milan, and with claims that he would like to try an experience in Serie A, a move could materialise this summer.

Inter have a strong Argentine tradition that dates back years, but this would undoubtedly be one of the club’s biggest coups if they were able to convince Aguero to join.

The former Atletico Madrid forward has scored 113 goals in 168 Premier League games, a devastating record that proves his class and shows that he deserves more than a bit-part role where things look as though they could be heading at City as he ultimately doesn’t fit into Guardiola’s style.