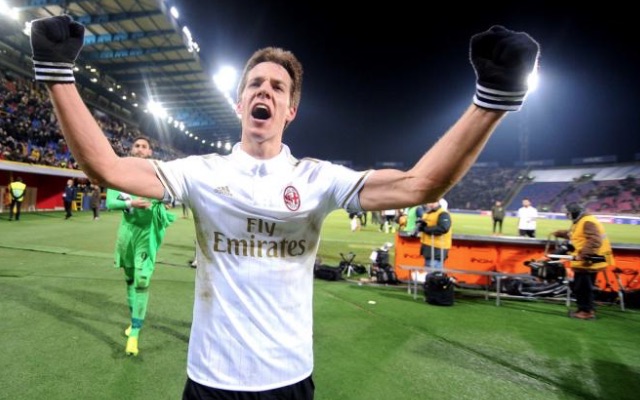 AC Milan recorded their first away win of 2017 on Wednesday as they ended a three-game losing streak with a 1-0 victory over Bologna.

And they did it the hard way, after having Gabriel Paletta and Juraj Kucka sent off inside the first 60 minutes.

Nine-man Milan stayed in the game thanks to some fine goalkeeping by Gianluigi Donnarumma, before this moment of magic from Everton loanee Gerard Deulofeu picked the lock on the Bologna defence and set up Mario Pasalic to score an 89th-minute winner.

Pasalic, who is on loan from Chelsea, has now scored two goals for Milan, having netted in a 2-1 win over Crotone back in December.

Victory over Bologna sends Milan up to seventh in the Serie A table.