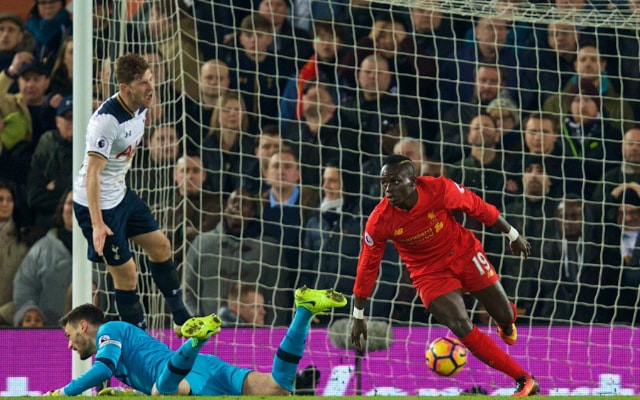 Liverpool defeated Tottenham 2-0 in this weekend’s headline match thanks to a brace from Sadio Mane.

Mane fired his side into the lead midway through the first half. The Senegalese international latched onto a smart pass from Georginio Wijnaldum to fire past Hugo Lloris and get Jurgen Klopp’s side off to the best possible start in front of their home crowd. You can see Mane’s opener here.

He was not done there, however. Merely a few minutes later, Mane bagged his second to pile the misery on Tottenham. It was another classy finish from Mane, who has established himself as one of the best players in the Premier League since his move to Anfield. You can see his second goal here.

Liverpool are now back into the top four, at least until Manchester City play Bournemouth on Monday. As for Tottenham, they could fall 12 points behind leaders Chelsea if they beat Burnley tomorrow afternoon.