Barcelona suffered a humbling 4-0 defeat to Paris Saint-Germain in the Champions League on Tuesday night, and the reaction hasn’t been kind.

With their hopes of advancing to the next stage of Europe’s premier competition in tatters, it remains to be seen whether or not Luis Enrique can get a response out of the players.

On one hand, some may argue that it was an off night. Others have been more melodramatic about it and insisted that it’s the end of an era for the Catalan giants.

While they have certainly had their problems this season, it seems a bit over the top to suggest that it’s all over for this group, as the likes of Lionel Messi, Luis Suarez and Andres Iniesta were entirely absent when they have been decisive on countless occasions.

Credit must be given to PSG too who matched up with them perfectly and Unai Emery got his tactics spot on. However, that’s not how the media works in general and it’s all about Barca being in a crisis.

From “This is not Barca” to “Disaster”, the headlines in the Spanish papers were unforgiving as they reacted to the events that unfolded in Paris on Tuesday night.

Further, the French press were equally as scathing as the player ratings from L’Equipe show below, with several Barca players receiving embarrassing 2/10s for their dismal displays.

None of this will matter too much for the coach and players, as they know themselves that it was an horrific night that they need to forget about as quickly as possible and bounce back.

However, it won’t stop Enrique or his stars coming under immense scrutiny for their performances, and it does ask the question about whether this group has it in them to turn the tie around and go on to win the competition against all odds and prove that they have a future. 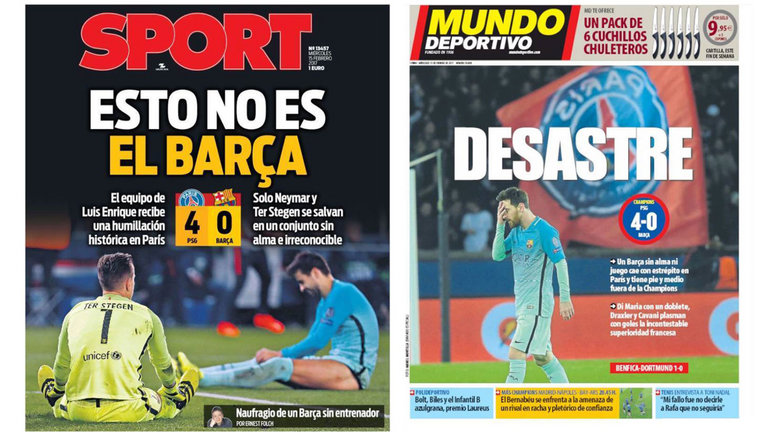 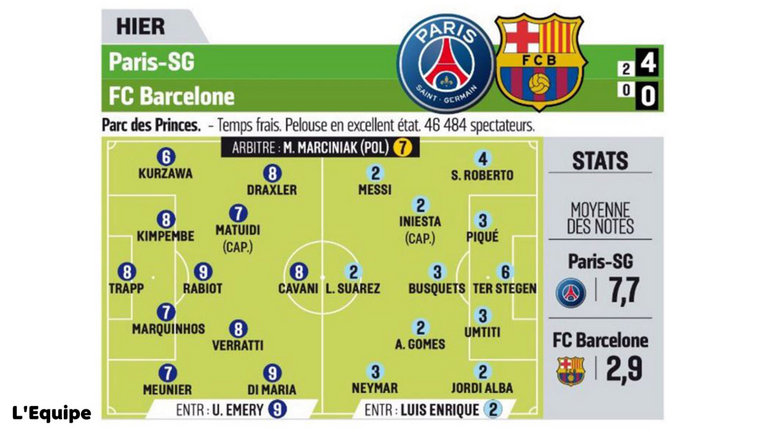