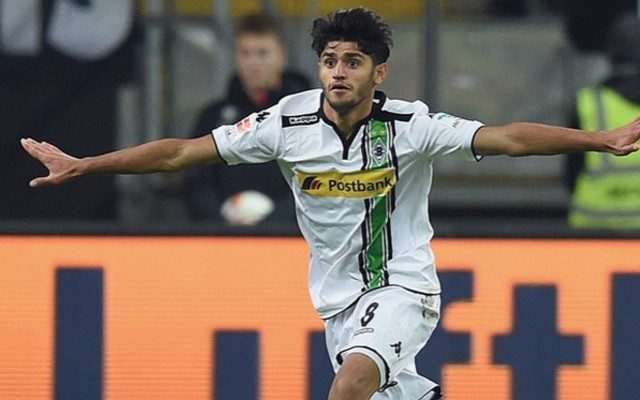 AC Milan are expected to see the takeover of the club completed next month, and in turn that has led to speculation linking them with big moves this summer.

Sino-Europe Sports are scheduled to seal completion on March 3, but their work has already started with a hierarchy in place to work with the current regime.

Incoming CEO Marco Fassone and director of sport Massimo Mirabelli have seemingly already begun the process of analysing targets for the summer, with Calciomercato reporting that they attended Borussia Monchengladbach’s clash with Fiorentina in the Europa League on Thursday night to cast their eyes on various targets.

Among them, was Mahmoud Dahoud, the 21-year-old midfielder who is highly-rated and attracting interest from all around Europe.

In addition, Federico Bernadeschi is also on their radar and will be a more familiar face for them as he continues to show his quality for the Viola.

Provided Milan were indeed watching him specifically, this free-kick would have certainly sent the right message to them that he is worth consideration.

What a strike from #Bernardeschi – reports prior to KO, he's one of players being watched by #ACMilan tonight. pic.twitter.com/TCuLnsZ13t

Elsewhere, Milan Badelj was also being watched as the midfield ace has previously been linked with a move to the San Siro, while Calciomercato also claim that Milan are in the hunt for Arsenal forward Alexis Sanchez.

With his contract expiring next year and with talk that he will not renew, the report suggests that Juventus, Inter and Milan will all make their move and try to prise him away from the Emirates as he continues to cut a frustrated figure following Arsenal’s latest setback.

In addition, Luis Gustavo and his wife remain keen on a move to Italy, and the same publication report that the Brazilian could be allowed to move for €10m with Wolsburg lowering their demands.

All in all, Sino-Europe Sports are seemingly set to make a statement of intent in the transfer market this summer, and the process of identifying the right players is well underway with plans to significant bolster Vincenzo Montella’s squad ahead of next season.