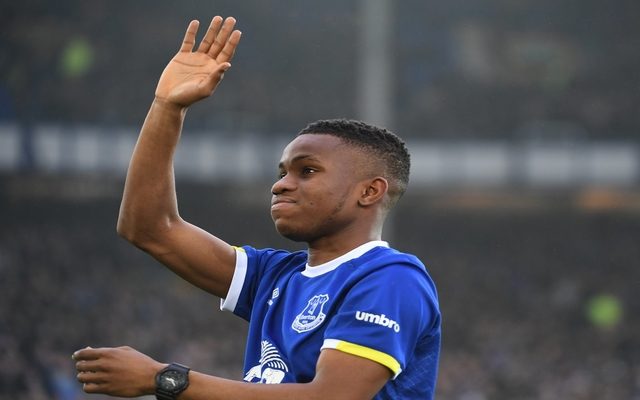 Everton youngster Ademola Lookman is in the middle of a tug-of-war between England and Nigeria as he prepares to choose which country he will represent, report the Mirror.

The 19-year-old bagged seven goals for Charlton Athletic in the first-half of this campaign before sealing a January move to Everton. The Mirror believe that Ronald Koeman parted with as much as £11 million to secure Lookman’s services, which speaks volumes about how highly he is rated.

Lookman wasted no time in impressing the Goodison faithful, bagging a 90th minute debut goal during the Toffees’ 4-0 triumph over Manchester City on the 15th of January.

It comes as no surprise that both the countries Lookman is eligible to represent, England and Nigeria, are keen to get him to commit to them. According to the Mirror, despite Lookman playing for England at U-19 and U-20 level, the Nigerian FA are attempting to convince him to switch allegiances.

It remains to be seen to which country Lookman’s loyalties lay.