Arsenal ace Alex Iwobi took to social media on Monday night to reveal that he picked up an injury in the FA Cup win over Sutton.

The 20-year-old was on the wrong end of a hefty challenge from Sutton captain Jamie Collins near the end of the first half, and he evidently felt the full force of it.

Although he was able to play on until being replaced with 15 minutes remaining by Alexis Sanchez, Iwobi revealed the extent of the issue a little while later with his ankle wrapped up.

It remains to be seen whether or not it forces him to miss time, although the Gunners aren’t in action until March 4 now when they take on Liverpool at Anfield.

As for Arsenal, they’ll face Lincoln City in the next round after securing a 2-0 win on Monday night, with Lucas Perez and Theo Walcott getting on the scoresheet to ensure that there was no drama at Gander Green Lane.

Nevertheless, Arsene Wenger will not want to have come away with any fresh injury concerns, with Iwobi a regular in his starting line-up this season.

The Nigerian international has made 33 appearances in all competitions so far this eason, scoring four goals and providing seven assists.

Time will tell now if others, including Perez, get a chance to stake their claim for a place in the line-up moving forward, although as mentioned above, the rest ahead of the next game could give Iwobi more than enough time to make a full recovery. 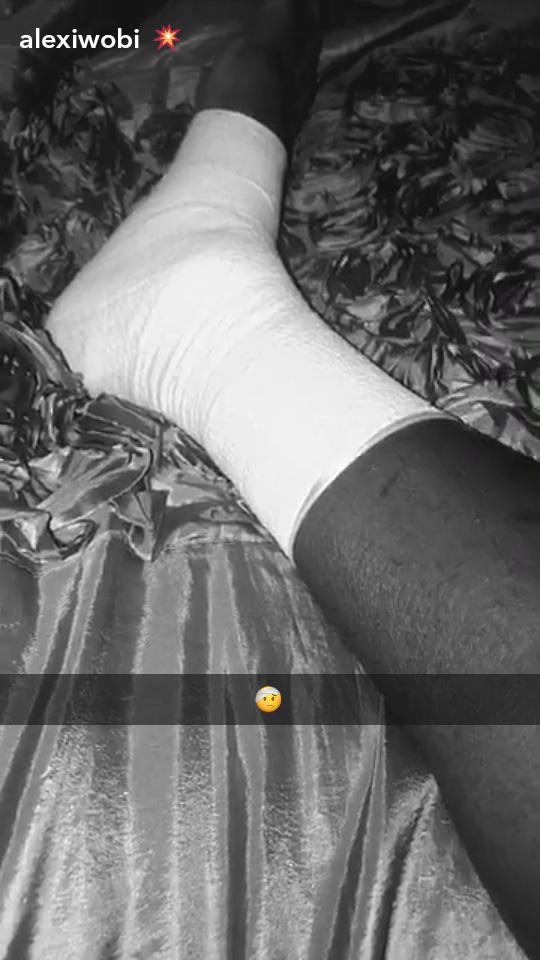