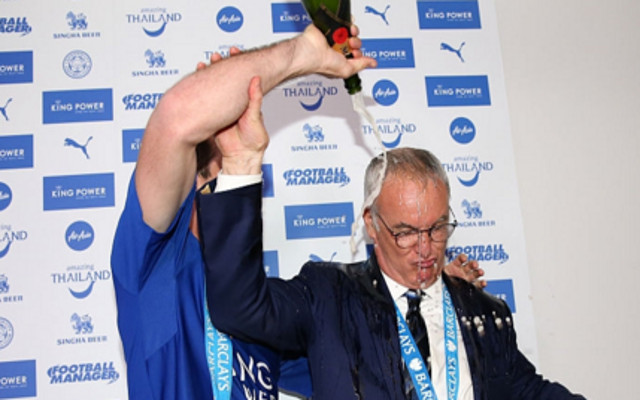 Shocking news broke last night as Claudio Ranieri was sacked by Leicester City. Guest writer Darren Chapman gives his opinion on the sacking, and takes a look at how Leicester have gone from champions of England to fighting relegation.

Leicester City appointed Ranieri as manager in July 2015 when bookmakers made them 5000/1 to win the Premier League – a bet that would never have even crossed many people’s minds. With Leicester narrowly surviving relegation the previous year, Claudio had a job just to keep them up again, let alone win the title.

With the signings of unknown French Ligue 1 players N’Golo Kante and Ryhad Mahrez, Leicester started the season with a bang. They were unbeaten in their first six games until they got crushed 5-2 at home to Arsenal in October. That seemed to be the run over and back to normal for the Foxes, but Ranieri’s men had other ideas. Another unbeaten run of ten followed, including a 1-1 draw with Manchester United in which Jamie Vardy scored for a record-breaking 11th consecutive game. Two-nil down away at Everton on Boxing Day looked like Christmas was cancelled, only for this incredible season to carry on with a comeback and a stunning 3-2 win.

Going into 2016 the whole world dared to believe Leicester could pull this amazing achievement off. Five games from March to April without conceding encapsulated what Leicester were all about.

Leicester thumped Swansea at home 4-0 to take them eight points clear at the top with only three games left. Previous champions Chelsea held second place Tottenham 2-2 at Stamford Bridge which confirmed Leicester City were the champions. Leicester had won their first top flight title in their 132-year history. Claudio and his men had, in my opinion, achieved the most incredible sporting triumph ever.

Leicester lifted the trophy after the club’s thrilling 3-1 home win against Everton. It was a day of celebration at the King Power Stadium. A pre-match performance from world-famous Itailan opera singer Andrea Bocelli kicked things off. Vardy ended the season with 24 goals, one behind Golden Boot winner Harry Kane. Mahrez scored 18 goals and assisted 16 times for the Foxes. Ranieri was voted Manager of the Year and for what he achieved at Leicester, but the man deserved a knighthood. The stadium should have been re-named the Claudio Ranieri Stadium! Going into the new season as champions, it was always going to be tough for Leicester. Chelsea came in early and signed Kante, while rumours about Mahrez and Vardy leaving finally ended with them signing new deals (but, as a West Ham fan, I know contracts mean nothing nowadays – see Dimitri Payet signing a new five-year deal just six months before going on strike and leaving the club).

A defeat to Manchester United in the Community Shield was followed by only five wins in their first eighteen games of 2016. Leicester started to look more like relegation candidates rather than champions. However the club’s first ever Champions League campaign was spectacular, qualifying comfortably for the second round phase with 15 points taken from a possible 18.

Come 2017, the Foxes’ luck was still out. After six defeats without a single goal the pressure was well and truly on for Claudio’s men. An FA Cup defeat at the hands of League 1 Millwall summed up their season.

A 2-1 Champions League defeat away to Sevilla didn’t seem like the worst result for Leicester, however it seemed to seal Ranieri’s fate as manager. The Foxes could easily have turned around the second leg and progressed to the quarter-finals of the Champions League, as well as avoiding relegation. Had that have happened, Claudio would have been hailed as a hero yet again, albeit in different circumstances. Still, it would have be great to see!

It’s a shame really that there doesn’t seem to be a lot of loyalty left in modern football. I like that the world was shocked and disappointed when the news broke last night. Ranieri will always be a hero and I doubt anyone will ever forget his amazing achievement at Leicester. It was a beautiful fairytale.

A sour part of me wants Leicester to get relegated from the Premier League now, but maybe that’s me just being loyal towards Ranieri.

“He told me he’d made a mistake” – Former Arsenal star reveals talks with Wenger over transfer return Apr 8 2021, 11:00
Chelsea FC

‘A strong connection’ – Claudio Ranieri tips Everton for greatness as long as this pairing are kept together Jan 22 2021, 7:42
Everton FC