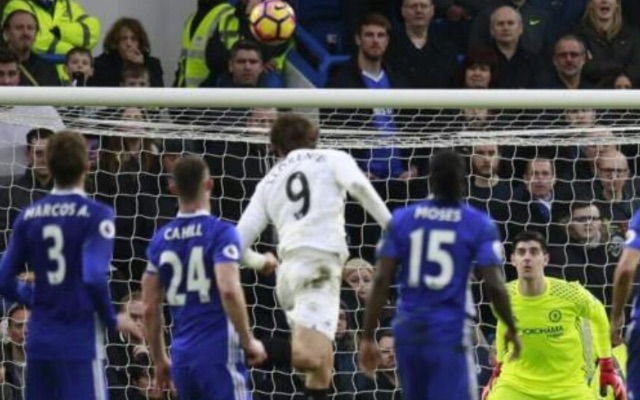 Transfer talk in The Sun linked Fernando Llorente with a possible move to Chelsea in January, but he stayed at Swansea City and has just scored against the Blues to show them what they missed out on.

Llorente latched onto a Gylfi Sigurdsson free kick in first-half stoppage time at Stamford Bridge to plant a firm header past Thibaut Courtois.

Fabregas had earlier fired Chelsea 1-0 up in the 19th minute.