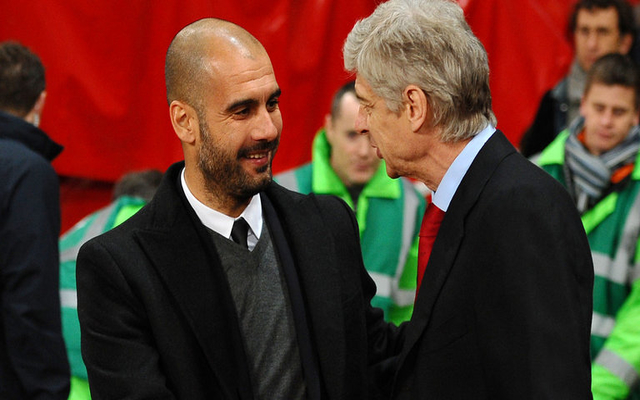 A transfer battle between Arsenal and Manchester City is reportedly threatening to turn nasty as the former chase the signing of Jadon Sancho.

The 16-year-old has become somewhat of a star for City’s academy, but that good form has alerted the club’s rivals to his talents.

According to The Sun, top Arsenal scout Steve Rowley has been tracking him and as a result City have grown concerned that the Gunners could try and prise him away.

Guardiola has established a strong reputation of developing young talent, and that seems to be the way in which his project in Manchester is going with the signings of the likes of Leroy Sane, Gabriel Jesus and John Stones.

City also boast an excellent academy with great facilities as they look to produce quality young players to potentially grow through to the senior squad, but it looks as though there is still concern that they could be losing out to their direct rivals.

It’s added in the report that Sancho has trained with the senior squad under the Spaniard’s watchful eye, but a return to his native London could be too appealing to turn down.

Ahead of his 17th birthday next week, he boasts a record of five goals and two assists in 14 appearances for the youth team this season across domestic and European competition, but he may well be building on those tallies in an Arsenal shirt later this year.