Crooks has in fact combined his stand-out players from both the Premier League fixtures and the EFL Cup final this weekend, and so that will explain as to why Zlatan Ibrahimovic and Manolo Gabbiadini join the rest in the starting line-up.

Starting from the back though, West Bromwich Albion duo Ben Foster and Gareth McCauley are included after helping the Baggies to a 2-1 win over Bournemouth at the weekend, and they’re joined by Patrick van Aanholt and Seamus Coleman of Crystal Palace and Everton respectively, after both were on the winning side on Saturday.

Cesc Fabregas reached a personal milestone at the weekend after he become the first Spaniard to make 300 Premier League appearances, and he marked it with a goal in his side’s win over Swansea City.

He’s joined by teammate and midfield powerhouse N’Golo Kante who continues to play a crucial role for the Premier League title favourites, while Idrissa Gueye completes the midfield trio after a stellar display of his own.

The frontline ultimately picks itself this week. Kane bagged a first-half hat-trick against Stoke City at White Hart Lane on Sunday as he ensured that Spurs kept up the pressure on Chelsea and their rivals for a top-four finish.

Meanwhile, Gabbiadini continued his stunning start to life in England with a double in the EFL Cup final, although he was on the losing side as Ibrahimovic stole all the headlines.

The 35-year-old scored a brace of his own to lead United to their second piece of silverware this season, and Crooks has gone as far as to compare him to another inspirational leader in United’s history, Roy Keane.

Ibrahimovic had his doubters when he moved to England last summer. However, he’s slowly but surely silencing them all as he continues to play a leading role in the resurgence of the Red Devils under Jose Mourinho this season. 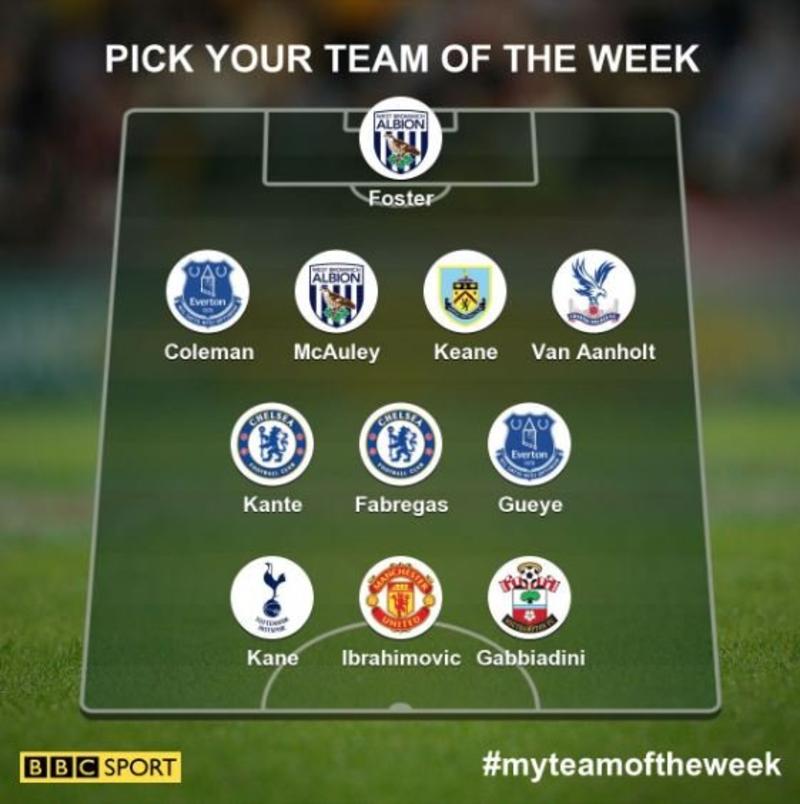