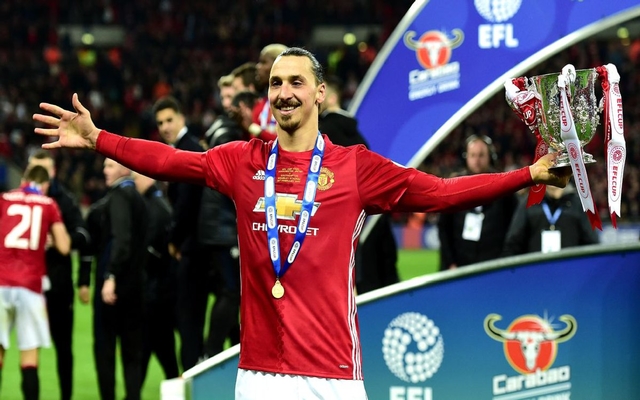 Manchester United boss Jose Mourinho has jokingly suggested that supporters camp outside Zlatan Ibrahimovic’s house to convince him to stay.

The 35-year-old signed a one-year deal with the Red Devils last summer, but has an option to extend for another year if he chooses to.

Having arrived in England with his critics arguing that he hadn’t shown himself to be world-class and that he couldn’t produce in the Premier League at his age, he has gradually silenced them with his performances on the pitch and his inspirational aura off it.

The former Swedish international has scored 26 goals and provided seven assists in 38 appearances in all competitions so far this season, winning two pieces of silverware with United and playing almost every minute as he continues to defy logic.

In turn, it’s no surprise that Mourinho wants him to stay, but joking or not, Ibrahimovic probably doesn’t want a bunch of supporters outside his house every day urging him to stay in Manchester. Sounds a bit weird to us.

“I never beg a player to play for me, but we all want and believe he will stay one more season,” he is quoted as saying by The Sun.

“I never beg for a player to sign a contract. But, if needed, the fans can go to the door of his house and stay there all night.”

His comments came after Ibrahimovic bagged a double in the EFL Cup final at Wembley on Sunday in a 3-2 win over Southampton to help secure another trophy for the club.

While his post-match interview was delightful too as he insisted that he is doing what he predicted and proving many people wrong, time will tell if he’s settled at Old Trafford and will give it another year of his career to help United win a league title or the Champions League.