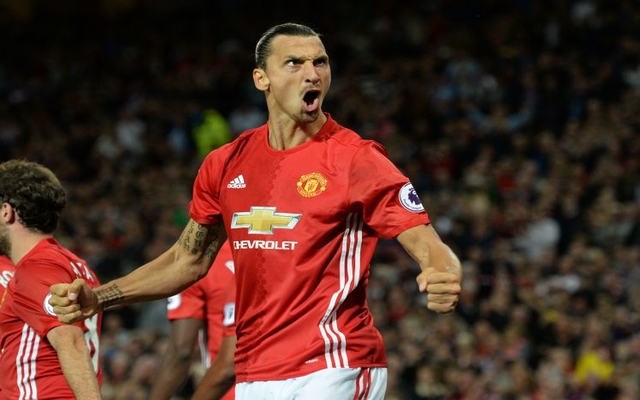 Manchester United could be set for a major blow this summer as it’s claimed that Zlatan Ibrahimovic is prepared to leave the club.

The 35-year-old has been a hugely positive influence on the club since his arrival on a free transfer last summer, as he reiterated his importance with a brace in the EFL Cup final triumph on Sunday.

That took his tally for the season up to 26 in all competitions, as he continues to inspire United this season and has played an influential role in helping Jose Mourinho’s side compete for top honours and a top-four finish in the Premier League.

However, according to The Mirror, the Swede has yet to decide on what he will do next as his contract expires at the end of the season, while he has an option to extend for a further year.

It’s claimed that the biggest sticking point is whether or not United are back in the Champions League next season, as Ibrahimovic will not want to be absent from Europe’s premier competition in what could be his last season at the highest level.

In turn, it makes finishing in the top four all the more important, as the report goes on to note that the former AC Milan and Barcelona won’t leave the decision in the hands of his family this time and will make the best choice for himself.

Lucrative offers from China and MLS as well as a return to one of his former clubs have all been touted, and as we have seen this season, Ibrahimovic can continue to play for a top side in Europe if he chooses.

Nevertheless, United will be desperate to keep hold of him for another year such has been his impact on the club on and off the pitch this season, but it seems as though they’ll have to wipe out the two-point deficit that leaves them in sixth place and trailing fourth-placed Arsenal ahead of the weekend’s fixtures.

Given their current form and confidence, it would be no surprise to see Mourinho lead them into the top four, but it will certainly be difficult for them as they can ill-afford to drop any more points.