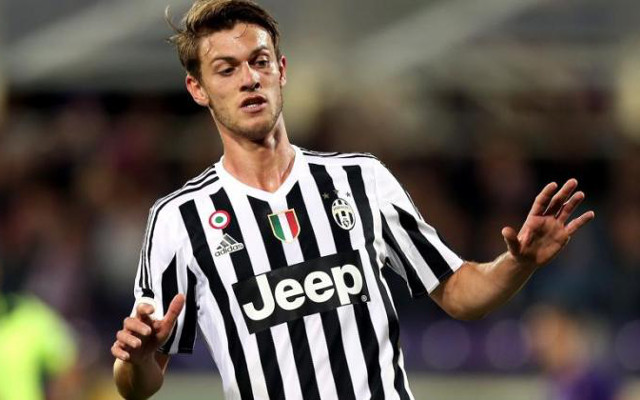 Arsenal have reportedly had a €30m bid for Juventus defender Daniele Rugani rejected, with Arsene Wenger said to be very interested in the youngster.

The 22-year-old has been limited to 16 appearances in all competitions so far this season, but he’s considered the future of the Bianconeri backline such is the talent and promise that he possesses.

With the likes of Leonardo Bonucci, Andrea Barzagli and Giorgio Chiellini not getting any younger, Rugani, along with recent signing Mattia Caldara, will be expected to lead from the back for the Turin giants in the future.

In turn, it’s no surprise that they have reportedly turned down a big-money offer from the Gunners, with Calciomercato reporting that Wenger had lodged the bid but it was immediately rejected.

It’s added that Everton and Napoli have also held an interest in the Italian U21 international, but Juve are keeping their faith in him and believe that he has a major role to play for them in the future.

As a result, it will be a setback for all the interested parties, while from Arsenal’s perspective they’ll have to look elsewhere for quality back-up to first-choice centre-half pairing Laurent Koscielny and Shkodran Mustafi.

Meanwhile, Rugani will hope to force his way into Massimiliano Allegri’s plans on a more regular basis sooner rather than later, although it seems as though he’s content with biding his time, continuing to improve his game and preparing to take his opportunity to be at the heart of the Juve defence for many years to come.

Juventus could axe up to five players this summer as changes to squad touted Aug 8 2020, 12:25
Juventus

Exits touted as up to eight players face doubts over Juventus future this summer Jul 17 2020, 11:08
Juventus