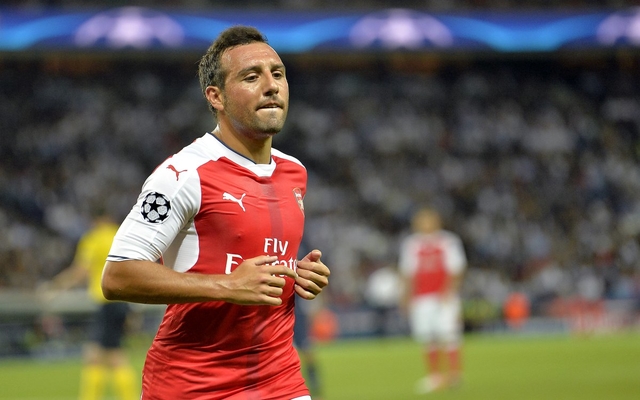 Arsenal manager Arsene Wenger has revealed that Santi Cazorla is unlikely to feature for the Gunners again this season, report Calciomercato.

Cazorla initially joined the Gunners as a winger, but Wenger saw he had all the qualities of a central-midfielder and subsequently converted him into that role. It has proven to be a masterstroke, with Cazorla evolving into a classy and dependable midfielder.

His pin-point distribution from deep has continually created chances for his Arsenal teammates, which is why his side have missed him so much during his spell on the sidelines.

As Calciomercato report, Cazorla suffered a calf injury in October and hasn’t featured since. The Italian outlet quote Arsenal manager Wenger, who reveals that it’s unlikely that the Spaniard will play again this season.

“We are now at the beginning of March, so it is very difficult to predict. When you think that when a player starts to train after such a long time out, you have at least six weeks to be competitive for a place in the team.”

Wenger has added an extra six-weeks to Cazorla’s recovery time, and it seems improbable that he will be fully match-fit before the season’s end. It seems more plausible that Cazorla should now focus on being full-fit for the next campaign.