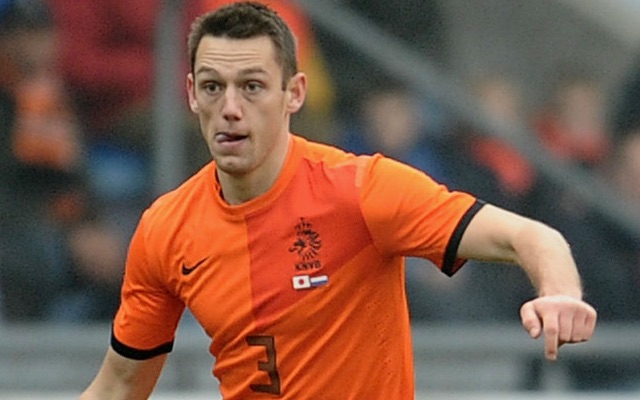 Both Chelsea and Manchester United have been linked with a move for Lazio defender Stefan De Vrij in recent months, but Inter look set to win the race to sign him.

According to La Gazzetta dello Sport, the Dutchman has a deal in principle over a move to join the Nerazzurri, with a five-year contract worth €3m per season plus bonuses said to be on the table.

However, it’s added that the transfer fee could yet be a sticking point as Lazio are requesting between €30-35m for the 25-year-old, whereas Inter are only prepared to spend between €15-20m to prise him away from the Stadio Olimpico.

That in turn would suggest that there is still a window of opportunity for either Chelsea or United to make their move and beat Inter to the punch if they aren’t willing to satisfy Lazio’s demands.

The Express reported at the end of last month that De Vrij was a target for both Premier League giants, with United specifically linked with making a bid of around £30m this summer.

Jose Mourinho continues to look for a long-term defensive partner for Eric Bailly, while Antonio Conte will need to strengthen this summer in that department with John Terry likely to retire or move on and the addition of European football to their schedule is set to test their depth.

Nevertheless, with Inter evidently keen on adding a defender to their own squad with Stefano Pioli also linked with swoops for Kostas Manolas and Kalidou Koulibaly of Roma and Napoli respectively, as per the report, they will likely hope to reach a compromise with Lazio for De Vrij as the two clubs continue to battle it out for European qualification this season.