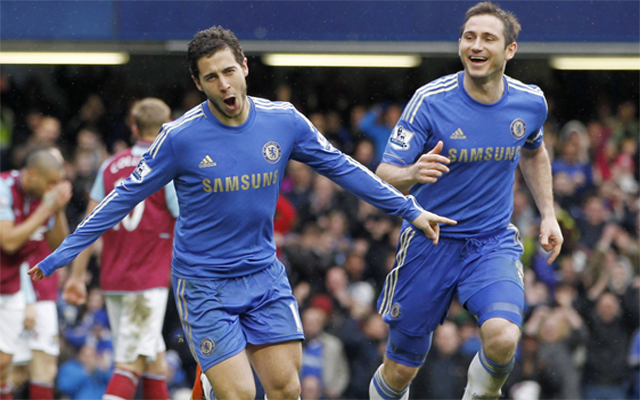 Frank Lampard has revealed that he believes Eden Hazard is more talented than fellow Chelsea legend Gianfranco Zola was.

Zola established himself as one of the best players in the club’s history during his time at Stamford Bridge, as did Lampard. The latter was an integral part in three Premier League triumphs during his time with the Blues, with Hazard well on his way to leading his side to his second.

Lampard, who was on the panel for Sky Sports’ Monday Night Football coverage for Chelsea’s visit to West Ham, revealed to the show’s Twitter account that he believes Hazard is the most talented player he’s ever played with.

Frank Lampard believes Eden Hazard is better than any other player he played with in terms of ability and skill ?#WHUCHE pic.twitter.com/tR2Hw3FxLf