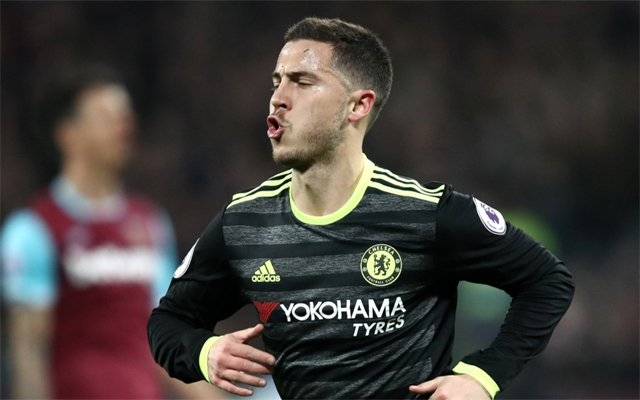 Chelsea have reportedly been given a huge reason for concern as Real Madrid could swoop for Eden Hazard this summer to replace two key players.

Neither Isco nor James Rodriguez have been able to hold down a regular spot in Zinedine Zidane’s starting line-up this season, and in turn it’s no surprise that they’ve been linked with exits.

Given the quality that they possess, they’re undoubtedly more than back-up options for squad depth, and so as noted by talkSPORT, via Cadena Cope, both men could be set to leave the Bernabeu this summer.

It remains to be seen where they will move to with Isco being linked with a move to Manchester City this week, but time will tell if Zidane is willing to sell both.

What would certainly help him is knowing that a high-profile signing was set to arrive, and the report goes on to suggest that Hazard is being lined up as that marquee arrival.

With the funds that they would be armed with through the sales of Isco and Rodriguez, Madrid would be in a strong financial position to try and prise the Belgian international away from Stamford Bridge.

Hazard has been back to somewhere near his best again this season with 11 Premier League goals and four assists as he has played an influential role in leading Antonio Conte’s men to the top of the table with 11 games remaining in the season.

Naturally, it would be a major blow for Chelsea to lose him, but the financial muscle and appeal of playing for Los Blancos could be too much for either party to turn down.