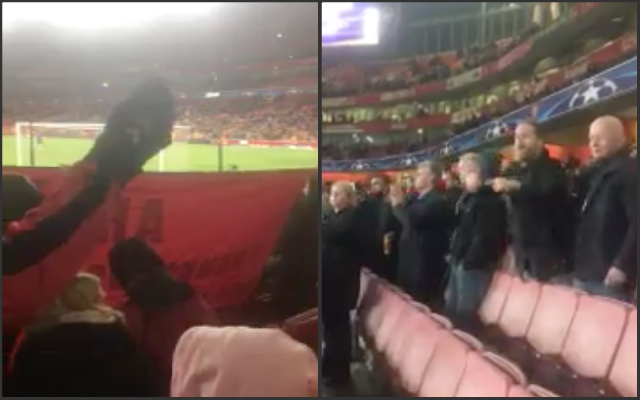 Those were the charming words – accompanied by descriptive hand signals – ranted by a furious Arsenal fan towards a fellow Gooner following Tuesday night’s 5-1 home defeat to Bayern Munich.

Arsenal fans fight each other over #WengerOut banners at #ARSFCB. Don't turn sound on if you hate swearing???****

Arsenal were consigned to a 10-2 aggregate defeat after losing the home leg by the same score as the first.

Wenger Out banners were flown in some sections of the Emirates Stadium as disgruntled fans expressed their frustration at the current manager.

Gooners are passionately split when it comes to Arsene Wenger, though, which can lead to heated disagreements, such as the one in the video above.

SEE ALSO: Wenger Out Brigade not only protesters during Arsenal vs Bayern as fire fighters join clean up operation