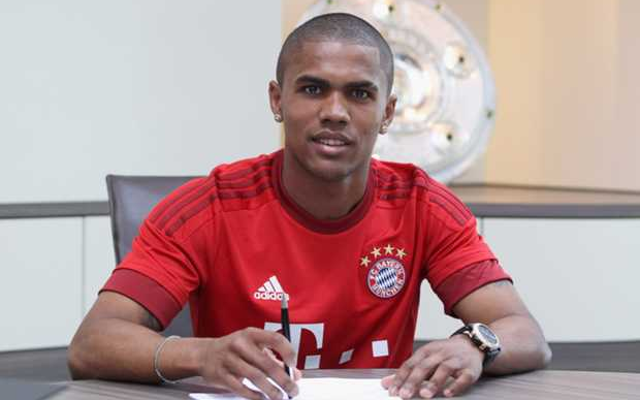 Bayern Munich star Douglas Costa has warned the Bundesliga giants that he is by no means content at the Allianz Arena, report The Sun.

Costa signed for Bayern in the summer of 2015, and has since showcased his talent as one of the most devastating wide players in the world. He has made 69 appearances for the German champions, finding the back of the net 13 times.

His electrifying speed and mazy dribbling ability make him a nightmare for opposing defenders, and oftentimes they find themselves chasing shadows. Costa’s explosiveness would be a valuable asset to any club side in the world, and thus it comes as no surprise that The Sun report he is being tracked by one of Bayern’s fellow European heavyweights.

The Sun believe that Serie A leaders Juventus are interested in securing Costa’s services in the summer transfer window, and they may have just been offered plenty of encouragement.

The Sun quote the Brazilian international making no guarantees over his future, and suggesting that he could well leave the Allianz if he is unable to find an agreement with his current employers:

“I speak to the club often. We talk about my situation, if I’ll stay here or if I have to find another team to play for. I’m not always that happy here. But soon we will find a situation.”