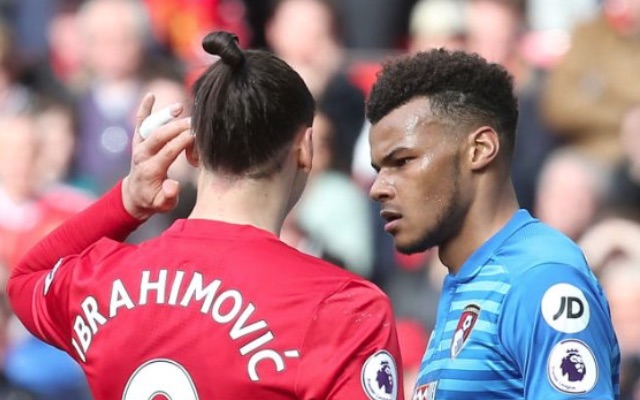 If you thought Arsenal fans were the kings when it came to making sh*t banners, you were wrong.

Disgruntled Gooners have been embarrassing Arsenal as a club for the last couple of years, but their dreadful homemade signs are nowhere near as bad as this…

An adult Bournemouth supporter has taken embarrassing placards at football to a whole new level by creating a ‘Justice for Mings’ sign, which was on display as the Cherries beat West Ham United 3-2 on Saturday.

[Picture] State. Of. This. pic.twitter.com/9gseq0ymla

Bournemouth right-back Tyrone Mings missed the game as he started a five-match ban for stamping on the head of Zlatan Ibrahimovic during last weekend’s 1-1 draw at Manchester United.

Mings appealed his charge of violent conduct, claiming he had not deliberately moved his foot into the Swede’s head.

Let’s just hope justice is served and the bloke who made this banner is banned for life!