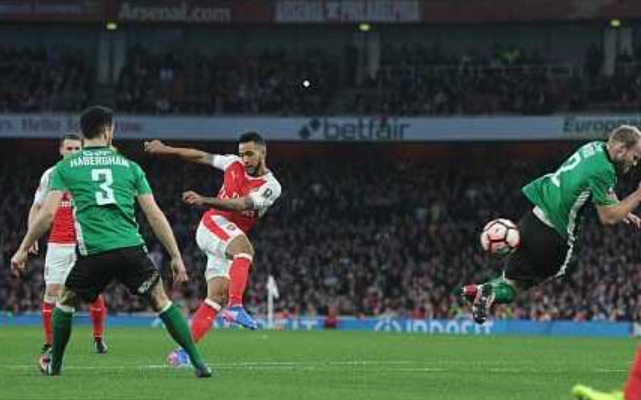 Theo Walcott scored his fifth FA Cup goal of the season on Saturday night as Arsenal finally broke through against non-League Lincoln City at the end of a difficult first half at the Emirates Stadium.

Lincoln battled hard during the opening period and played some good football too, but their resistance was broken down in stoppage time when Theo Walcott side-footed a deflected effort into the bottom corner.

Walcott, who bagged a hat-trick against Southampton in round four as well scoring against Sutton in the last 16, has now scored 17 goals in all competitions this season.

Seventeen goals means this season has been Walcott’s best in terms of scoring since the 2012-13 campaign when he struck 21 times.