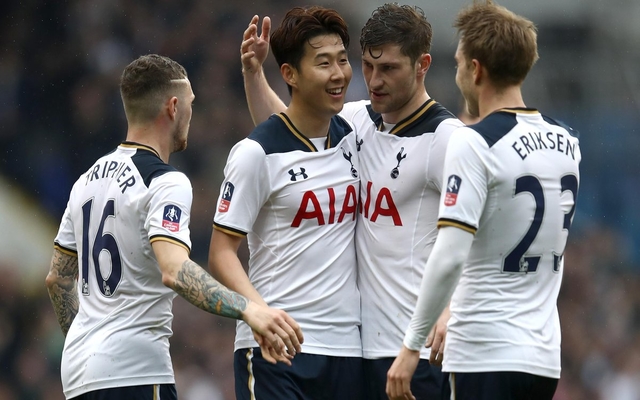 Tottenham secured a comprehensive 6-0 win over Millwall at White Hart Lane on Sunday afternoon with Heung-Min Son scoring a hat-trick.

The South Korean international was in brilliant form as he took his goals well, the pick of which was his first as he sent a curling effort into the back of the net.

Tottenham did suffer a setback with Harry Kane being forced off with an ankle injury early on, but it didn’t effect them as they kept their composure in front of goal and produced a convincing display.

Christian Eriksen, Dele Alli and Harry Winks all impressed, while there were other top performances from the likes of Jan Vertonghen and Kevin Trippier but Mauricio Pochettino will be delighted with his team across the board.

There will be an anxious wait to see if Kane has suffered a serious injury, but with the firepower at his disposal, the Argentine tactician will feel confident of what others can do to step in and cover his absence. Nevertheless, further scans will ultimately reveal the full extent of the issue.

As for the visitors, it was an afternoon to forget in truth but they will be pleased to have got this far in the competition. However, the gulf in quality was evident and Spurs will now await the draw for the semi-finals with a blockbuster tie awaiting them with Manchester City and Arsenal already through, and one of Chelsea and Manchester United joining them.