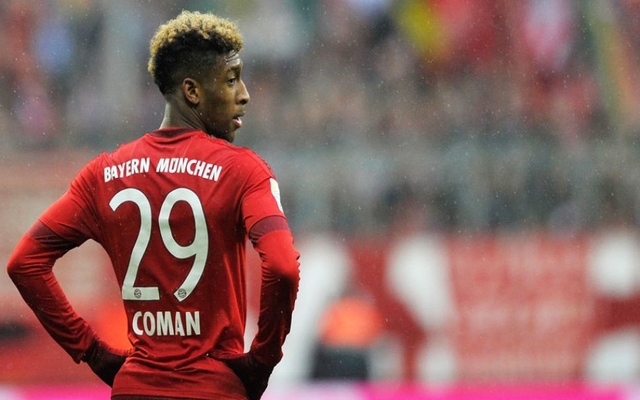 Chelsea have reportedly lodged a bid of up to €60m to sign Kingsley Coman this summer, although it remains a complicated situation involving Bayern.

The 20-year-old is currently on loan in Bavaria, and the Bundesliga champions have a €20m option to sign him on a permanent basis at the end of the season, which by all accounts they indeed to do.

However, as reported by Telefoot, Chelsea and Manchester City have other ideas as they wish to snatch him from under the noses of Bayern and take him to England instead.

Coman has been restricted this season due to injuries, as he has managed just two goals and no assists in 17 appearances in all competitions. That’s in contrast to last season under Pep Guardiola, where he scored seven and created 12 in 46 outings in total.

Nevertheless, as was the case when Bayern made their move to sign him from Juventus, he is evidently highly regarded and is a man in demand regardless of his form and playing time as the report would suggest.

It’s claimed that both Chelsea and City have made proposals between €50m and €60m to Juventus, and so it’s more than likely that they will accept those offers as ultimately they will want to profit as much as possible from the deal.

However, much also depends on the will of the player as Coman could be settled in Germany. However, given the men in question in charge at Chelsea and City coupled with the opportunity to play for a Premier League title contender, it will surely be difficult for him to turn these offers down.