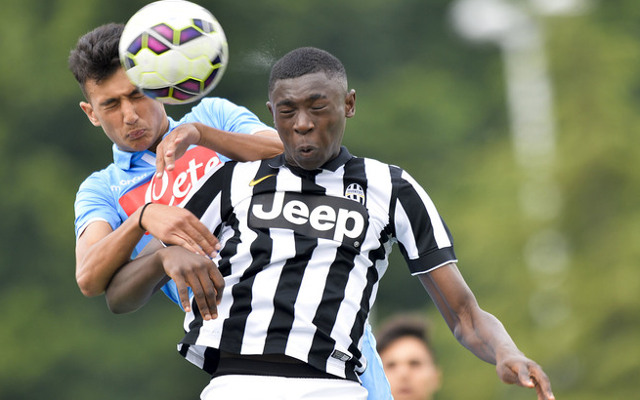 Juventus starlet Moise Kean is reportedly set to leave both Arsenal and Manchester City disappointed as he will sign a new deal with the Bianconeri.

As reported by Calciomercato, the highly-rated 17-year-old has been monitored by both Premier League clubs after making his debut for the senior Juve side earlier this season.

The Serie A champions are keen to secure his long-term future, and it’s claimed that they are set to waste little time in reaching an agreement with his 18th birthday not until next February.

Kean is reportedly set to receive a contract worth €200,000-a-year which will run until 2020, at which point provided that he has continued to make good progress and remains an important part of Juve’s plans, he’ll be free to sign a more lucrative deal.

It’s claimed in the report itself that an agreement has been reached between the parties, and so it seems like a mere formality that the young Italian will commit himself to the Turin giants and snub a move to the Premier League at this early stage in his career.

Juve could choose to loan him out in the short-term as he’ll need regular playing time to continue his development, as with the options at his disposal currently, there isn’t a real need for coach Massimiliano Allegri to have him in the squad to warm the bench.

Kean has made 12 appearances for the Primavera side so far this season, scoring nine goals and providing five assists. Combine that with two in four in the UEFA Youth League and his experience of playing with the senior squad, he’s certainly on the right path to a successful future with Juve.