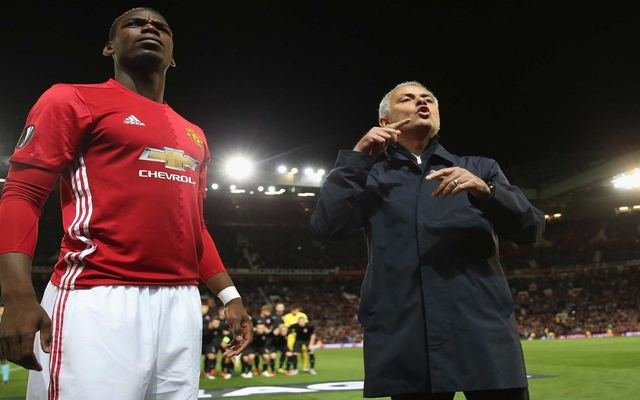 Manchester United boss Jose Mourinho has jumped to the defence of Paul Pogba again in his pre-Rostov press conference on Wednesday.

The Portuguese tactician was full of praise for his summer signing after the 1-0 defeat to Chelsea in the FA Cup on Monday night, something that he was ridiculed for on social media.

It doesn’t appear as though he’s in any mood to back down either as the Frenchman was a topic of conversation again as Mourinho prepares his side for their Europa League clash with Rostov on Thursday night.

United hold a slender advantage having secured a 1-1 draw away in Russia, but with plenty to play for, the likes of Pogba will have to step up and deliver a top performance to successfully book their spot in the quarter-finals of the tournament.

Nevertheless, Mourinho feels as though criticism of the former Juventus man is over the top, and has passionately defended himas the 24-year-old has yet to really reach the level that many would have hoped for following his return to the Red Devils last summer.

“I feel that the world is losing values and we all know that and envy is coming into certain levels that I am scared with,” he told the media, as reported by The Mirror.

“He comes form a working family with three boys so I am sure the Mum and Dad worked hard for many years. A kid that comes to Manchester as a teenager to fight for his career here and was not afraid to work for a better life.

It would seem as though Mourinho feels strongly about this topic, and while he remains defiant in his defence of Pogba, he will hope that his faith and belief is rewarded with more consistent and dominant performances from the big-money signing.