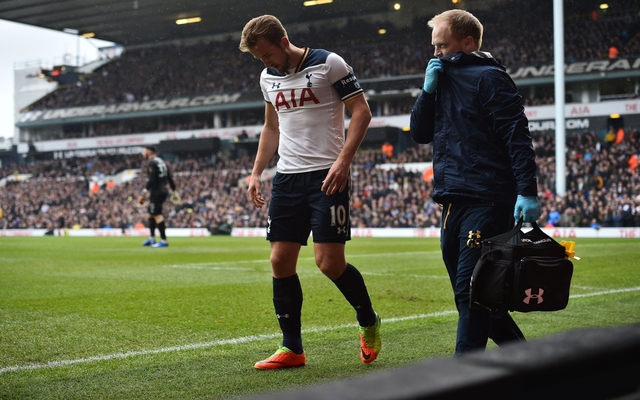 Tottenham forward Harry Kane took to Twitter on Tuesday night after it was confirmed that he had suffered ankle ligament damage.

It’s a huge blow for both the player and club as Kane is now expected to be sidelined for a significant period of time having suffered a similar injury to the one he sustained earlier this season.

The 23-year-old has scored 24 goals in just 29 appearances in all competitions so far this season, and that tells its own story over how much Spurs will miss him as their hopes of finishing in the top four have taken a major blow.

However, Kane will miss games with Southampton, Burnley, Swansea City, Watford and Bournemouth, and so in turn Tottenham will likely still fancy their chances of putting a good run together without him as Vincent Janssen could be asked to step up and deliver after finally breaking his duck from opening play at the weekend.

As per The Mirror, Kane could target the FA Cup semi-final clash with Chelsea on April 22 as a possible return date, although the home showdown with Arsenal on April 30 might be a more realistic possibility.

It would have been easy for him to feel sorry for himself and let the disappointment get to him, and while he will undoubtedly be gutted, he didn’t show it on Twitter on Tuesday as he expressed his gratitude for the support he has received and seems intent on working hard to come back quickly and stronger.

Tottenham will hope to avoid collapsing without him as although he’s a major loss, Mauricio Pochettino has a strong defensive foundation to ensure that his side remain difficult to beat, thus giving the likes of Dele Alli and Heung-Min Son the chance to now go out and win games for the team.

Always come back stronger from injuries and will be working hard with the medical staff to do that again. Thanks for all the messages. pic.twitter.com/zGYQhw8IaB 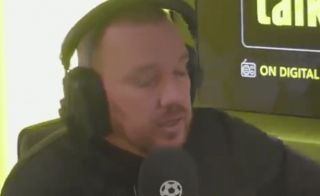