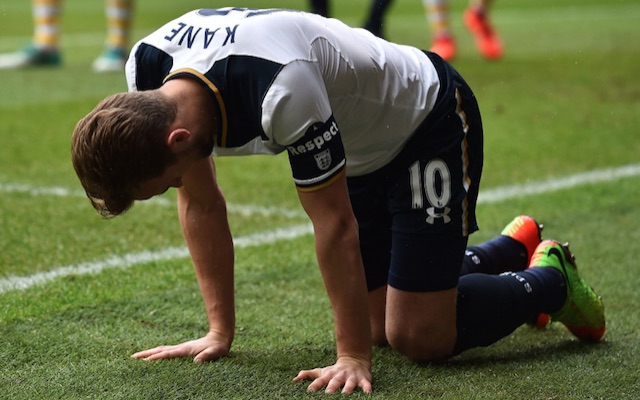 Southampton legend Matt Le Tissier has done his former club no favours after insisting that the Saints go to Tottenham with “nothing to fear” with Harry Kane out injured.

With 24 goals in 30 appearances this season, Kane has been fundamental to Tottenham’s push for the Premier League title and a top four finish.

However, he’s set for a second extended spell on the sidelines after suffering ankle ligament damage again in the FA Cup win over Millwall last weekend.

While initial fears suggested that he could be out for the rest of the season, the 23-year-old is likely to play again before the end of the campaign but he will definitely be absent against Southampton at White Hart Lane.

Le Tissier has decided to offer Mauricio Pochettino an ideal team talk though, suggesting that Kane’s absence should give Southampton plenty of confidence.

“Their home form is absolutely outstanding so it’s going to be a tough game,” Le Tissier told Standard Sport. “But – now Harry Kane is out it’s a big blow. He’s such a dominant force for them in terms of their goalscoring, as a leader and as a talisman.

“If they do happen to go a goal down you look round the team and say ‘right – where are we getting back into this?’

“They’ve got some dangerous players but the form we’ve been in the last few weeks we’ve got nothing to fear.”

It’s all pretty respectful in fairness, but no doubt the likes of Heung-Min Son and Dele Alli are already motivated to make sure Kane’s absence doesn’t hurt the team and the more people doubt Spurs without their talismanic striker, surely the more those individuals will want to prove them wrong.