Spartak Moscow supporters displayed a huge banner at the weekend in response to the ‘Russia’s Hooligan Army‘ documentary that the BBC aired.

The banner appeared during the club’s 1-1 draw with Lokomotiv Moscow on Saturday, as was a direct response as the BBC was branded the “Blah Blah Channel”.

While the documentary itself was both informative and scary in equal measure, it looked back at the violence that marred Euro 2016, particularly in Marseille, with clashes between Russian hooligans and England supporters.

It detailed the lengths to which Russian men are going to in order to prepare themselves for hooligan activities, while some of the leading figures at various clubs around the country promised more violence when the world’s best descend on Russia for the World Cup next summer.

Naturally, the hope is that security will be in place to ensure the safety of all supporters, but Denis, the leader of the ‘Orel Butchers’ had an eery warning for those intending to travel next year.

“Somebody will obviously try to do something, that is like 100 percent — 100 percent guaranteed. Have a family and children around you or something … if you are there with your male friend you should calculate on getting your ass kicked.”

The specially-trained Russian hooligans were at the centre of the problems in France, and there are obvious fears that more will follow next summer as this banner clearly shows what they thought of the image that the BBC portrayed of them. 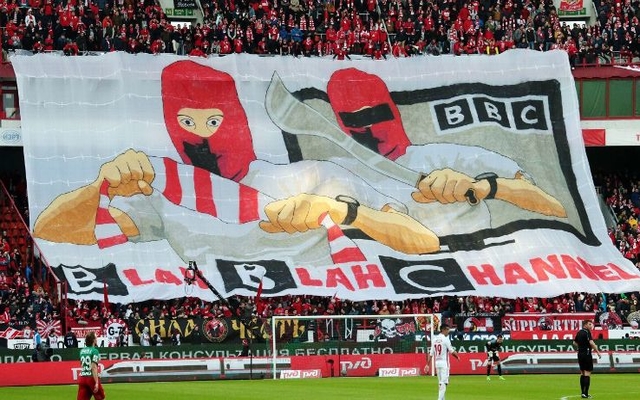