England manager Gareth Southgate has jumped on the 3-4-3 bandwagon ahead of tonight’s international friendly with Germany. 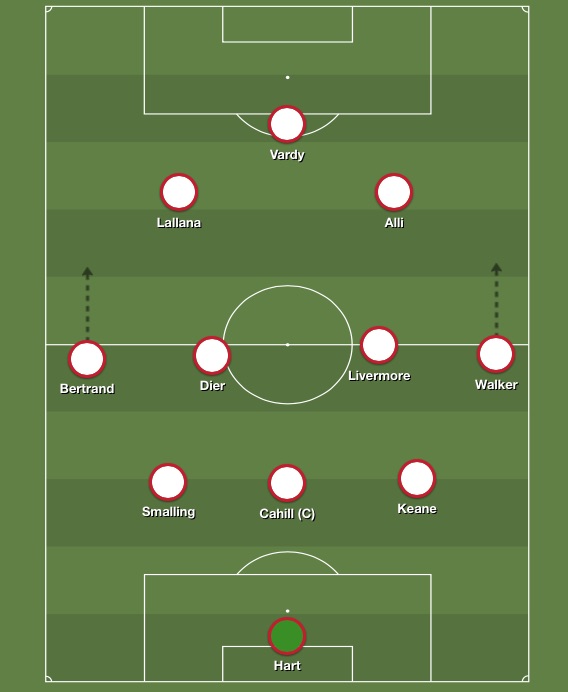 Premier League leaders Chelsea have used the formation in the majority of their games under Antonio Conte this season, while Tottenham Hotspur boss Mauricio Pochettino has also adopted the system frequently.

With any formation, familiarity is important, which is perhaps why Southgate has opted to name three Spurs players in this evening’s England XI, as well as giving the captain’s armband to Chelsea defender Gary Cahill.

Eric Dier is the other Spurs star named in the starting lineup, taking his place in central midfield, despite being used as a centre-back at White Hart Lane this term, often as part of a back three.

Former Tottenham man Jake Livermore is a surprise starter next to Dier, making his second senior appearance following his debut in 2012.

Take a look at the full #ThreeLions teamsheet for tonight’s game against ??… pic.twitter.com/XveUX2FBdo