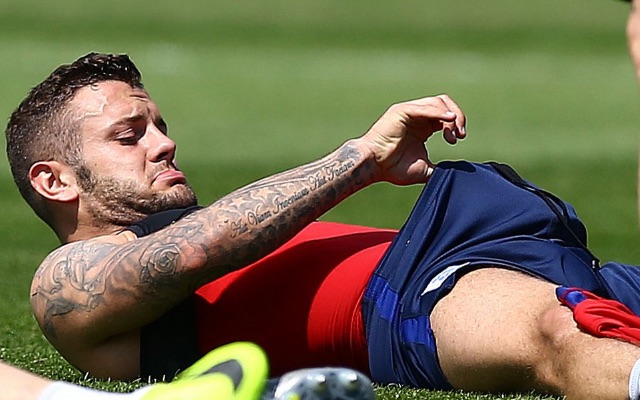 Jack Wilshere is still a fan favourite among Arsenal supporters but the pulse on his career with the Gunners is getting weaker and weaker.

The 25-year-old midfielder, who is out on loan at Bournemouth, has just over 12 months left to run on his Arsenal contract.

Wilshere’s name was not even in the conversation when Gareth Southgate announced his most recent England squad.

This was no surprise because Wilshere has not even been starting regularly for Bournemouth, who have used him off the bench lately.

What does the future hold for Wilshere? Bleacher Report insider Dean Jones has spoken to a number of sources and come to the following conclusions:

Jones claims that Wilshere’s exclusion from Southgate’s latest England squad has left the player in no doubt that his career is at a crossroads.

Jones suggests that Wenger is unlikely to change his mind on Wilshere, meaning the midfielder’s best hope of prolonging his Gunners career would be if a new manager were to come in and take a shine to him.

Man City not out of the question

Much has been said and written about Pep Guardiola’s admiration for Wilshere and, despite his stock lowering in recent months, a move to Manchester City is “not completely unrealistic”, says Jones, who adds that Everton should not be ruled out either.

Wilshere’s playing style would suit Italian football very well and a move to Serie A could appeal, according to Jones.

But Jones argues that a transfer to the Chinese Super League could be an even better option.

Jones suggests that playing in the CSL could be strong option for Wilshere from a morale perspective. The level in China is obviously much lower than in Italy and Wilshere would naturally become a key player in any team in the Far East.

Being a guaranteed starter could be exactly what Wilshere needs right now. There is always a risk that he could go to Italy and still find himself warming the subs bench, which would be hard to take.