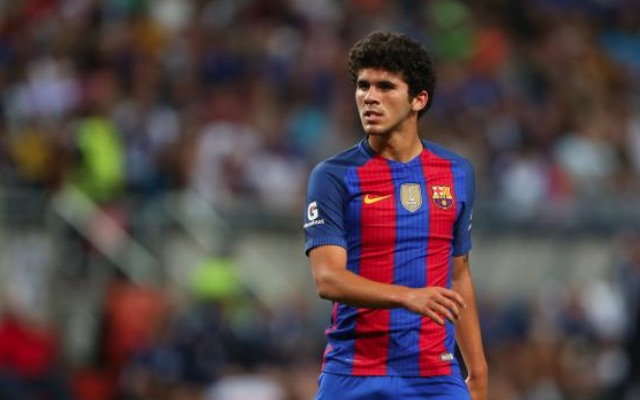 Any move between fierce rivals Real Madrid and Barcelona is going to be controversial and cause a stir.

Real Madrid manager Zinedine Zidane has contacted club president Florentino Perez to inform him that he wants to recruit 19-year-old Barcelona starlet Carles Alena, according to the Daily Express.

Alena, likened to Barca legend Andres Iniesta by The Express, has been in fine form for Barca B this season and Zidane is seemingly impressed.

However, Barca also rate him highly, with the newspaper report adding that the Catalan club see him as an ‘untouchable’ in their youth ranks.

Furthermore, it is reported that the player himself is keen to remain at the Camp Nou.

Nevertheless, Real officials have been grafting, with Diario Gol claiming that Madrid bigwigs have contacted the player’s family to make their interest know.

To date, Alena has only played one match for Barca’s senior side.

He made his debut in the Copa del Rey back in November when he got on the scoresheet in a 1-1 draw with Hercules.