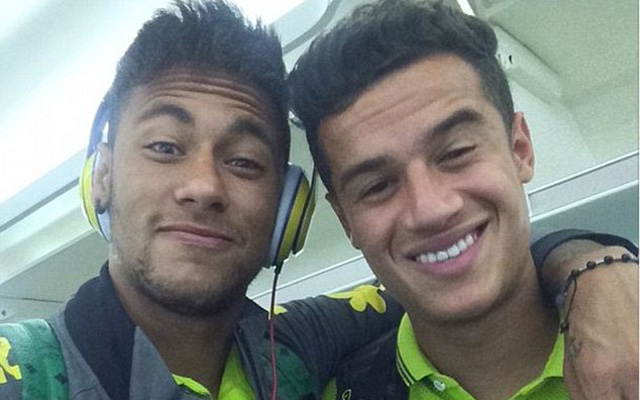 Barcelona star Neymar has expressed his desire for Liverpool talisman Philippe Coutinho to move to the Nou Camp, report Calciomercato.

Coutinho is widely considered one of the best players in the Premier League, and is undoubtedly one of the most entertaining. His mazy dribbling skills, low centre of gravity and pin-point shooting ability has seen him emerge as one of the division’s very best players.

The only thing that the Brazilian lacked in previous seasons was the numbers. His goal and assists figures trailed behind many of his counterparts, but he has substantially improved in that department this term. Coutinho would fit like a glove at any of the world’s biggest sides, and the talisman leaving Anfield is not out of the question,

Calciomercato quote Coutinho’s compatriot Neymar, who reveals he would welcome Coutinho joining the Catalan giants with open arms: “I think Coutinho is a player that would totally fit in Barcelona.”

It remains to be seen whether Barcelona would be interested in signing Coutinho and would meet Liverpool’s, likely astronomical, valuation.