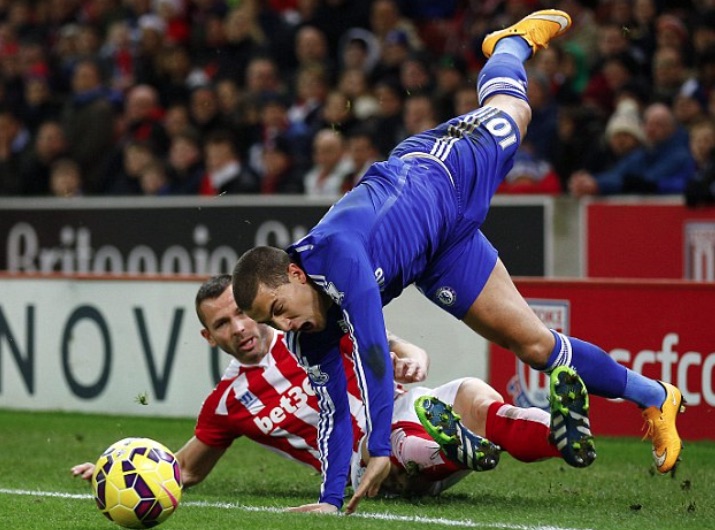 Chelsea forward Eden Hazard is reportedly winning his race to recover from a calf strain to take on Crystal Palace this weekend.

The 26-year-old suffered the setback in training prior to his side’s clash with Stoke City before the international break, and was forced to withdraw himself from selection for Belgium.

Having had the benefit of staying behind and focusing on his rehabilitation this past week, Hazard claims that his condition has improved and he’s optimistic that he will be available this weekend to face the Eagles at Stamford Bridge on Saturday afternoon.

“I have had a week of treatment with my club. I think I will be ready for the next match against Crystal Palace,” he is quoted as saying by The Mirror.

Given that the Belgian international has scored 11 goals and provided four assists in 26 Premier League outings so far this season, Antonio Conte will be desperate to have him back as soon as possible.

Chelsea remain on course to win the Premier League title as they continue to hold a 10-point lead over their nearest rivals at the top of the table, but they will not want to drop points in the upcoming games to give the likes of Tottenham and Manchester City a window of opportunity to claw their way back.

Having Hazard available will be a major boost for the entire team, and provided that he has fully overcome his injury and can immediately get back to playing at the same level that he’s been at this season, he will be a decisive presence on the pitch to keep Chelsea on the right track.