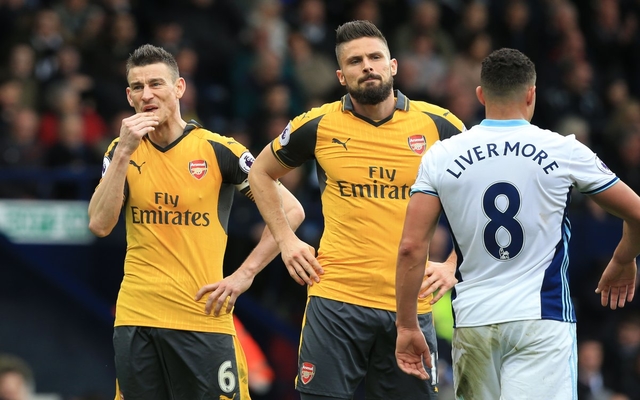 The Premier League is back after the international break and there are some huge clashes to look forward to including the Merseyside derby and Arsenal vs Man City.

As ever, Paul Merson and Mark Lawrenson have already returned for Sky Sports and BBC Sport respectively to give their predictions for the weekend’s games, and neither have backed Arsenal to get three points against City.

Arsene Wenger continues to come under intense pressure with results not being good enough and question marks still hanging over his future.

While Lawro believes Arsenal will get a draw against Pep Guardiola’s side, Merson has predicted goals and unfortunately for the home side, he believes they’ll be on the wrong end of a 3-1 result which could potentially be disastrous for their hopes of finishing in the top four this season

Meanwhile, both pundits have backed Liverpool to prevail in the Merseyside derby, going for identical results of 2-0 to the Reds, while Lawro believes it’s going to be a perfect weekend for Chelsea as he’s picked them to secure a 2-0 win over Crystal Palace, while he expects their nearest rivals Tottenham to drop points at Burnley.

Again, they’re in agreement over Manchester United picking up a victory over West Bromwich Albion at Old Trafford, but it remains to be seen just how close they are to the mark over what should be a thrilling weekend of football.

Here’s to the international break finally being over…