Liverpool boss Jurgen Klopp has included a special message for Everton defender Seamus Coleman in his programme notes for the Merseyside derby.

The Ireland international suffered a broken leg after a reckless tackle from Welsh left-back Neil Taylor last week, and now faces a lengthy spell on the sidelines as a result as he begins his rehabilitation process.

Tributes have poured in for him, and Klopp took the opportunity to offer his support in the programme for the derby between the two sides at Anfield on Saturday.

While the German tactician conceded that he doesn’t know Coleman on a personal level, he evidently has great admiration for him and his approach to the game and clearly wanted to make that known with his notes.

Naturally, Ronald Koeman will be devastated by losing his star right-back for so long, but despite rivalries, it’s clear that everyone wishes the 28-year-old a speedy and full recovery from what is a serious setback. 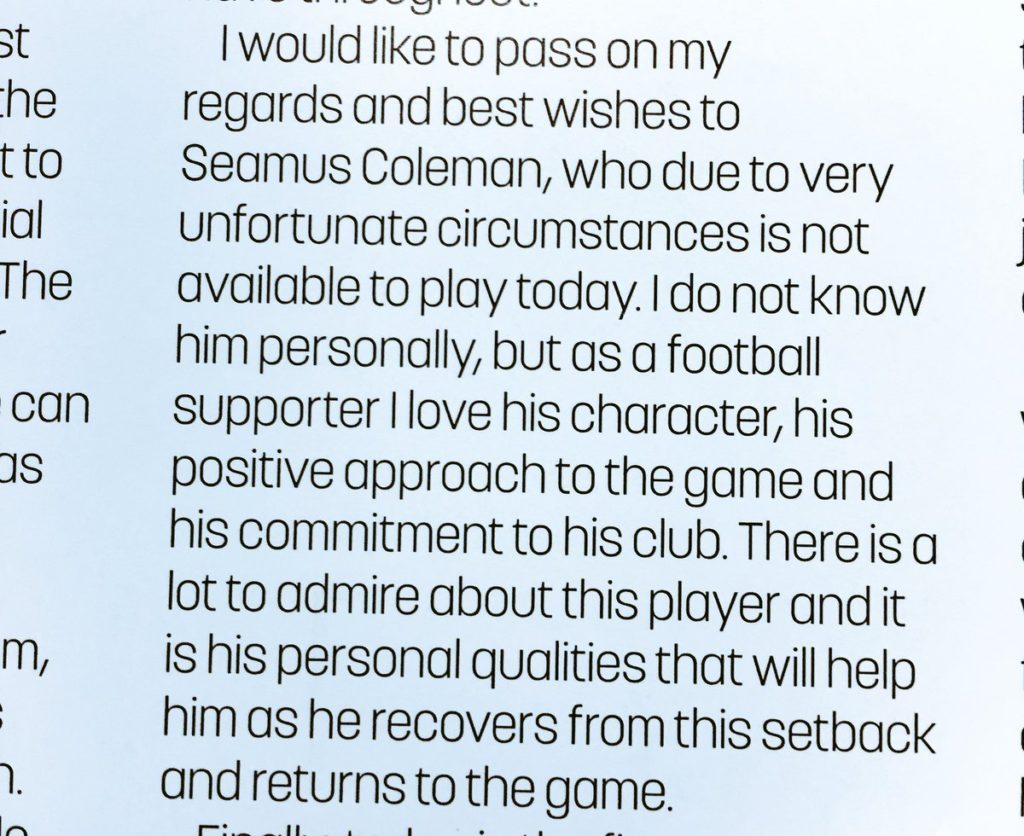