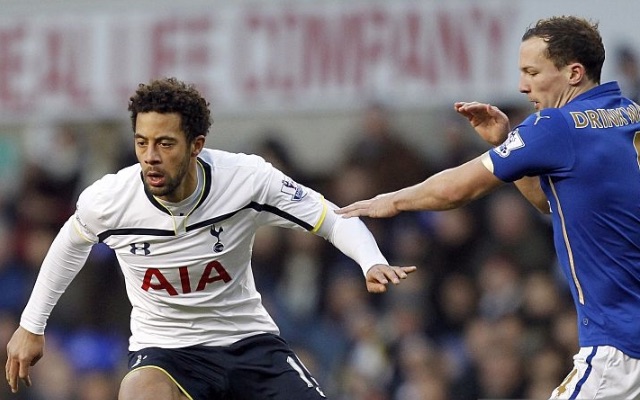 Tottenham boss Mauricio Pochettino has revealed that he considers Mousa Dembele to be amongst a group of five geniuses that he has worked with.

The Belgian international has been an integral part of the Spurs team over the last two years, taking big strides along the way since he arrived from Fulham in 2012.

With over 130 Premier League appearances for Tottenham to his name now, he has seemingly gone on another level under Pochettino, and the Argentine coach has dished out some very high praise while bemoaning the fact that he couldn’t work with him earlier in his career.

“I always say, ‘Mousa, in my book, you will be one of my genius players that I have been lucky to meet,'” Pochettino is quoted as saying by ESPN FC.

“One was Maradona, then Ronaldinho, Okocha and De La Pena. He is a genius too, Mousa Dembele. We always told him, ‘If we had taken you at eighteen or nineteen years old, you would have become one of the best players in the world.’ I would have loved to have taken him on at 18.”

After an initially slow start to life under Pochettino, the 29-year-old has certainly come a long way to where he is now, with his coach also praising his work ethic and desire to improve his fitness despite a nagging foot problem continuing to trouble him.

In many ways Dembele embodies what Tottenham are all about with his strength, power and aggression, as Spurs have certainly established themselves as one of the toughest teams to beat in the Premier League with a solid backline and a top midfield in front of them.

While the title seems to be out of their reach again this season, they’ll hope for a strong finish in order to solidify their top-four status and will hope to continue to build with Dembele at the forefront of their progress.