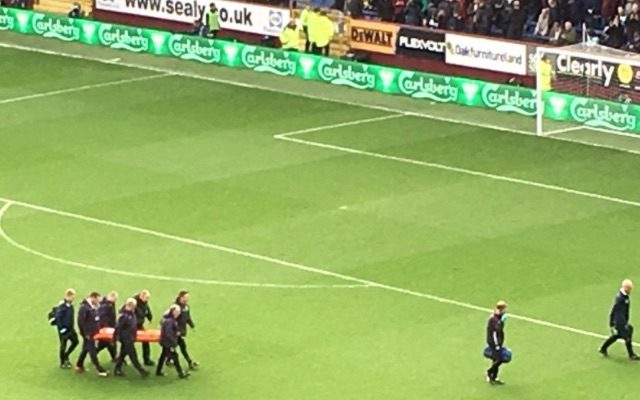 Tottenham Hotspur added to their lengthy injury list during the first half of Saturday’s Premier League encounter at Burnley.

Midfielders Victor Wanyama and Harry Winks both left the first, not to return, shortly before the interval.

A heavy challenge with Ben Mee left Wanyama with apparent back pain, before Winks fell and twisted his left ankle.

Winks was stretchered off the pitch.

His replacement was Moussa Sissoko.

Mousa Dembele had earlier come on for Wanyama.

Other than those injuries, the first 45 minutes dragged by without anything really happening.

That being said, Spurs did create one glorious chance when Christian Eriksen’s cross-shot was parried into the path of Dele Alli.

However, Alli was unable to find the target as he fired over the top of an unguarded goal.

Dele Alli with Miss of the season against Burnley.

Burnley boast one of the best home records in the Premier League this season.

Before today, Burnley had won nine of their 14 top-flight fixtures at Turf Moor.