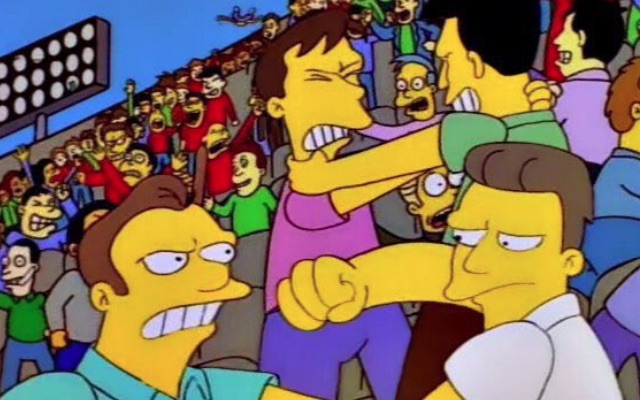 Grumpy Gooners were at each other’s throats again on Sunday.

These supporters had to be separated from one another after a fight broke out in the stands.

Is 2-2 at home vs Man City one point gained or two points dropped? These Arsenal fans simply can’t agree??

It is understood that opposing views on the future of Arsene Wenger were at the centre of the argument.

On the pitch, Arsenal drew 2-2 with Manchester City.

Arsenal were twice behind, thanks to goals Leroy Sane and Sergio Aguero.