BBC pundit Garth Crooks has selected his Premier League team of the week, and it’s fair to say that the responses on Twitter have been too explicit to include here.

He’s surely used to the abuse by now as it seems to come regardless of who he chooses, but he’s gone for a significant Crystal Palace contingent this time round following their impressive 2-1 win over Chelsea at Stamford Bridge on Saturday.

Wayne Hennessey and Mamadou Sakho get the nod, with the latter proving to be a very astute addition to the squad as he has certainly added leadership and solidity at the back.

Christian Benteke and Wilfried Zaha are also included after both found the back of the net, while they’re joined by Leicester City winger Demarai Gray after his performance for the Foxes in the win over Stoke City.

Meanwhile, two Tottenham stars made the cut with Eric Dier and Delle Alli crucial in their impressive win at Burnley, which was made all the more important with Chelsea’s slip-up and was a great result given Mauricio Pochettino’s current injury headaches.

That duo is joined by Fernandinho and Kevin De Bruyne after their displays against Arsenal, while Andrew Robertson of Hull City completes the backline and Liverpool’s Philippe Coutinho is back in the mix after returning to form with a decisive performance in the Merseyside derby.

After falling short of his usual high standards in recent months, the Brazilian international picked the perfect game to find his feet again as he scored a wonderful goal and provided an assist for the crucial third goal to help secure the win for the Reds.

Naturally though, there was plenty of discussion on Twitter regarding Crooks’ decisions, but let’s face it this is all about opinions and it wouldn’t be the BBC Premier League team of the week without a few disagreements. 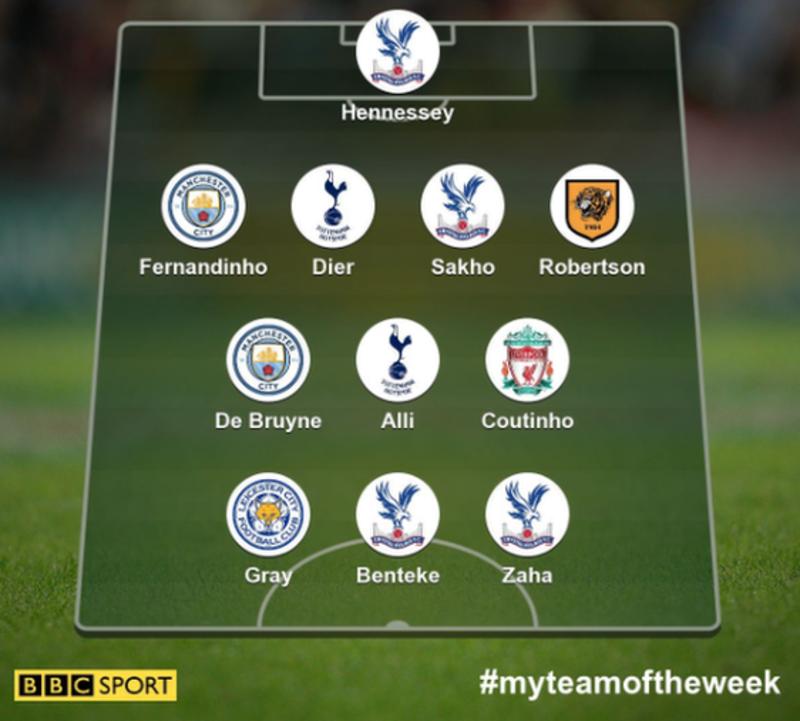