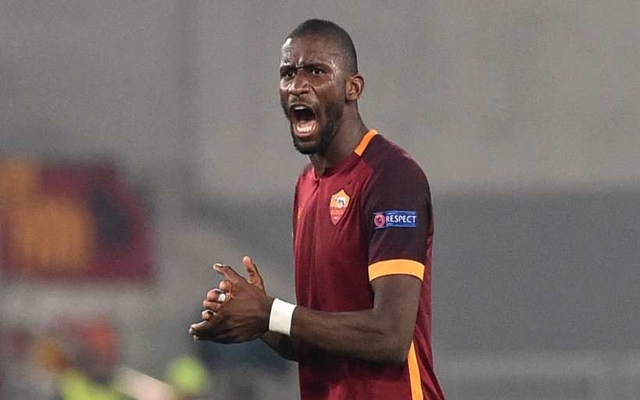 Chelsea have stepped up their attempts to sign Roma defender Antonio Rudiger, report The Sun.

The Blues’ near-impenetrable back three has been a major contributor to their success this campaign, with only Tottenham conceding fewer goals in the Premier League so far this term. However, it doesn’t appear as though Antonio Conte is completely content with his back-line.

The Sun report that Chelsea have sent scouts to watch Rudiger in action for Roma, with the Conte keen to add him to his squad in the summer. The tabloid believe that the Italian has put a new centre-back top of his summer wishlist and Rudiger ticks all the boxes.

Though only years 24-year-old, Rudiger has already proven himself to be a well accomplished defender. His combative defensive style, aerial prowess and pin-point distribution from the back appears to have put him on Chelsea’s radar. It remains to be seen whether they will turn their interest into a concrete offer in the coming months.