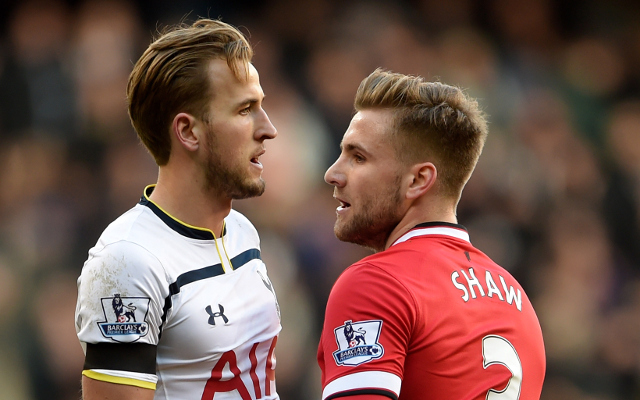 Luke Shaw has vowed to fight for his Manchester United career after receiving heavy public criticism from manager Jose Mourinho.

The former Southampton left-back was left out of the United squad completely as the Red Devils drew with West Brom last week.

Discussing Shaw’s absence, Mourinho told Sky Sports that the 21-year-old was “a long way behind” his team-mates in terms of commitment and focus.

However, Shaw was then named as a substitute on Tuesday night and he came off the bench to earn a late penalty as United fought back to hold Everton 1-1.

Speaking to Sky Sports again, Mourinho acknowledged Shaw’s improvement, before the man himself had this to say:

“I am loving it here at United, the fans are incredible and have been incredible the last couple of days for obviously what has been going on.

“But I am keeping my head up and I am going to fight to the last. I am not going to give up. I love this club and I will give everything to be here.

“Obviously with the stuff that has been going on it is hard for me to take because deep down that is not me as a person. Like Jose said, he wants to see me fighting – and I will fight to the last second because I want to be here for the club.

“I want to play for the manager and I want to help this team get back to the top.”

Since signing for United in the summer of 2014, Shaw has scored zero goals and made just one assist.

However, goals and assists were not really part of his game at Southampton either.

Despite making his name as an attacking full-back, Shaw scored zero goals and set up just one during 35 PL starts in his final campaign at St Mary’s.