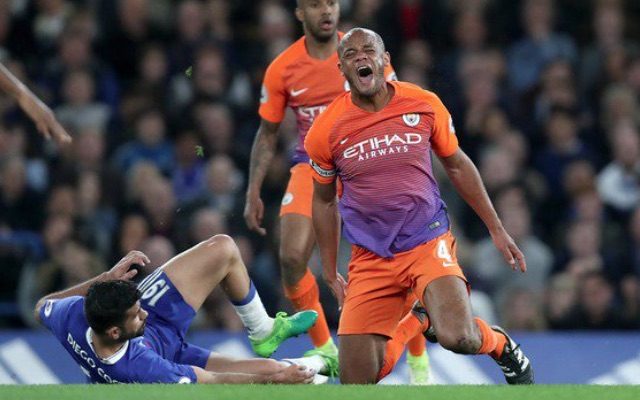 Diego Costa did not score a goal in Chelsea’s 2-1 win over Manchester City on Wednesday night, but he still made his mark on the game. And on Vincent Kompany.

And, according to the Daily Mail, Costa will not face retrospective punishment for the ugly incident because Dean saw it.

The Mail claim that Dean mentioned the incident in his match report, so it is therefore considered case closed.

Despite his reputation for being a dirty footballer, Costa has never been sent off in the Premier League.

However, the 28-year-old is a regular in the referee’s notebook and has been shown eight yellow cards in all club competitions this season.