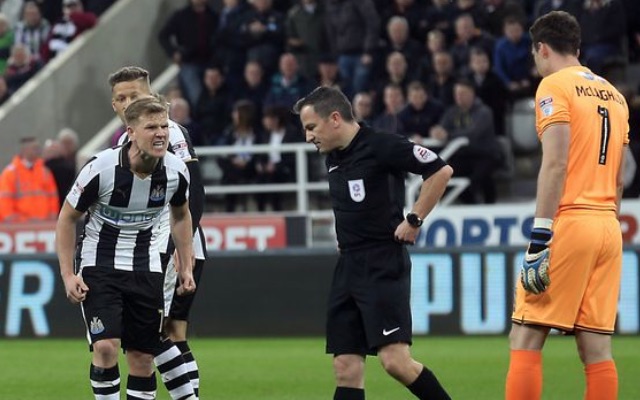 Referee Keith Stroud made the worst decision of his career on Wednesday night as he disallowed a Newcastle United goal against Burton Albion.

Newcastle thought they had taken the lead against Burton when Matt Ritchie fired a penalty into the net during the first half of the Championship clash.

However, Stroud ruled the goal out because of encroachment. That was a fair call, but instead of correctly ordering a re-take, the red-faced ref gave Burton a free-kick.

The only possible explanation is that Keith Stroud thinks today is April Fools day.pic.twitter.com/nRNXEceksH

Under the laws of the game, the defending team should only be given a free kick in such a scenario if the attacking team have encroached and missed.

After the game, which Newcastle won 1-0, the Professional Game Match Officials Limited made a statement, as quoted by BBC Sport:

“As Matt Ritchie took the kick, Dwight Gayle encroached in the penalty area. An indirect free-kick was awarded to Burton, but the laws of the game state that that the penalty kick should have been retaken.

“Unfortunately the referee has misapplied the law. Keith and his team are understandably upset at the lapse in concentration and apologise for the mistake.”

BBC Sport also reported that Stroud has been stood down from his weekend fixture, meaning he will not officiate Gillingham and Millwall on Saturday. 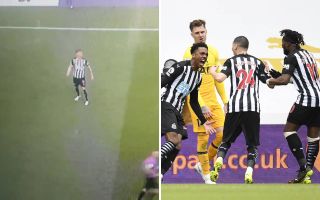