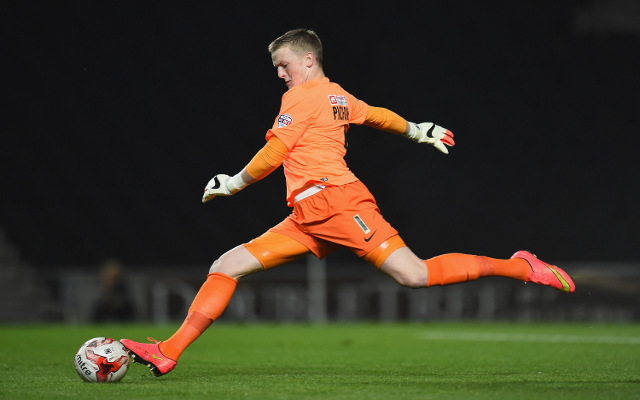 Arsenal and Tottenham are amongst five clubs in the Premier League reportedly set to battle it out over the signing of Sunderland goalkeeper Jordan Pickford.

The Black Cats run the real risk of losing the 23-year-old this summer, as given his form and the ability that he has shown in general this season, he will be a man in-demand especially if they get relegated.

Considered a future England number one, The Sun claim that he would available for around £15m if Sunderland do drop down to the Championship, and that will alert a whole host of Premier League clubs looking for a long-term solution to their goalkeeping headaches.

Arsenal, Tottenham, Everton, Manchester City and now West Ham United are all involved, and it’s clear to see why they would all be interested in Pickford.

For the Gunners, it’s a case of finding a long-term replacement for Petr Cech, while Spurs must surely be interested in adding him as a back-up option initially behind Hugo Lloris.

As for City, Pep Guardiola has had big troubles with that position this season as after snubbing Joe Hart summer signing Claudio Bravo has been dropped after struggling and Willy Caballero is not the answer beyond this season.

With regards to Everton and West Ham, both would jump at the opportunity to snap up Pickford to be their first-choice moving forward, but what is clear at this stage is that the talented shot-stopper will be fully focused on helping Sunderland protect their top-flight status between now and next month.

If they do get relegated, then many will undoubtedly argue that he’s too good for the Championship, and needs to be performing week in and week out in the Premier League to solidify his position as the best English goalkeeper moving forward.